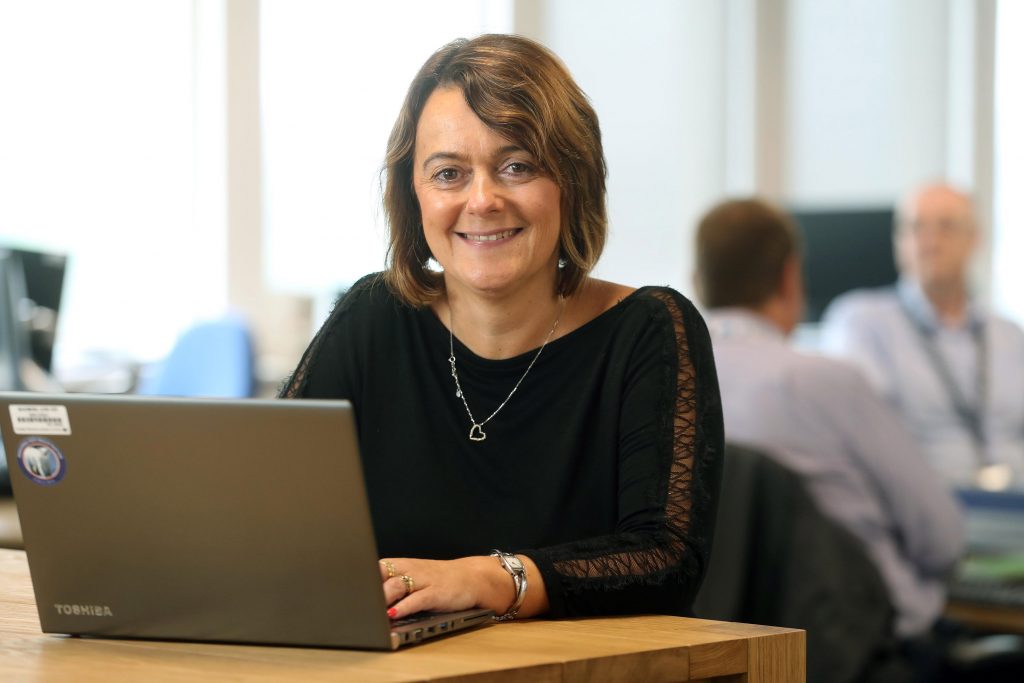 Knowledge and skills learnt during an ILM Leadership and Management Higher Apprenticeship (Level 5) through NPTC Group of Colleges have helped Lynnette Davies deliver significant improvements at the DVLA in Swansea.

Lynnette, 51, from Neath, has been so successful at implementing change, increasing staff engagement and reducing complaints that she has been appointed continuous improvement lead in addition to her role as customer experience improvement manager.

Returning to formal education for the first time in 31 years, she achieved the Higher Apprenticeship through Pathways Training, the work-based learning department of NPTC Group of Colleges, and is now progressing to Operational Delivery Profession Level 6.

Now her learning journey has been recognised by being shortlisted for this year’s Apprenticeship Awards Cymru. She will be competing to become Higher Apprentice of the Year at the prestigious awards ceremony at the Celtic Manor Resort, Newport on November 9.

The annual awards are designed to showcase and celebrate the outstanding achievements of learners, employers, tutors and assessors who have excelled in contributing to the development of the Welsh Government’s Traineeships and Apprenticeship Programmes.

Thirty star employers, learners and learning providers from across Wales have been shortlisted for the Apprenticeship Awards Cymru.

Lynnette was part of a dedicated leadership team tasked with empowering and inspiring the workforce. Within two months of starting her Higher Apprenticeship, she was given a temporary promotion with more accountability which challenged her people management skills.

She was recognised as a “star performer” at her appraisal after presenting plans to directors to improve financial management. She reduced annual paper wastage of 250,000 documents and introduced new technology to improve pastoral care and communication with remote workers.

Lynnette also led the design and delivery of ‘Customer First Culture’ training which is being rolled out to nearly 4,000 staff.

“I have 100% committed to the Higher Apprenticeship and applied the learning back in my workplace, which has resulted in significant improvements within my organisation that are recognised at the highest level,” she added.

Stephen Hartnoll, head of the DVLA’s Complaints, Operational Fraud and Casework Unit, said: “Lynnette has proved to be a strategic thinker, inspirational leader and an individual who displays great competence in delivering change. I have no doubt that the skills developed through the apprenticeship have been key to her success.’’

Ian Jones, Head of Work Based Learning at NPTC Group of Colleges, added his congratulations to Lynette and wished her good luck for the final on Friday. He added:

‘’NPTC Group of Colleges has developed a number of apprenticeship partnerships within industry including: Swansea City FC; the Welsh Rugby Union; the ABMU as well as the DVLA and now offers apprenticeships and a variety of areas across Neath Port Talbot, Swansea and Powys. Skills gained through higher level work-based learning can only benefit The college is proud of the support and guidance it offers both its apprentices and employers, and we wish Lynette the best of luck.’’

Congratulating Lynnette on being shortlisted for an award, Minister for Welsh Language and Lifelong Learning, Eluned Morgan said: “Apprenticeship Awards Cymru showcase the success of the Welsh Government’s Apprenticeships and Traineeships Programmes and the achievements of our star apprentices, employers, learning providers and trainees.

“Apprenticeships are a great way for individuals to gain valuable skills and experience while earning a wage and for employers to ensure their workforce has the skills to future-proof a business.

“Increasing higher level skills and developing skills pathways that benefit the whole of Wales have never been more important.”