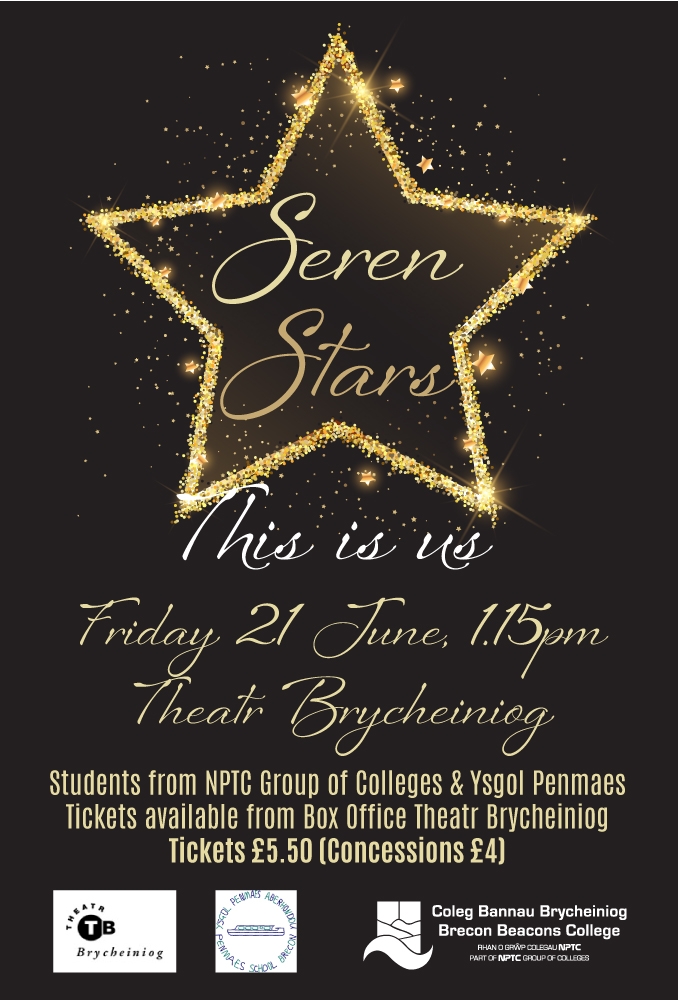 The show ‘This is Us’ performed at Theatr Brycheiniog on 21st June by the college’s Foundation Studies students, Seren Stars and students at Ysgol Penmaes proved a hit with the audience. Many theatregoers left feeling delighted and emotional after the students gave a fantastic performance of the show which celebrates individuality and the realisation of dreams.

The students themselves were thrilled that all their hard work rehearsing had paid off. Lecturer Sara Powell said she couldn’t have been more proud of each and every one of them in this production which was Seren Stars’ eighth year in putting on a performance.

‘This is us’ was chosen by the students as it included their favourite music, song and dance! Well done!