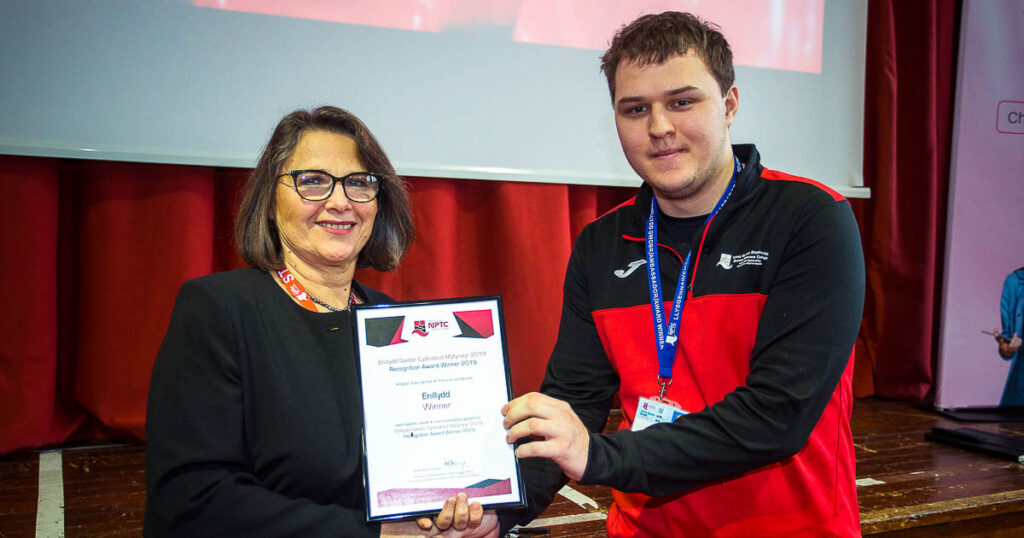 It was top of the class for Brecon Beacons College student Prys Eckley who achieved a Triple Distinction Star in Sports and Exercise Science.

Throughout the two years that Prys studied at the College, he covered topics such as psychology, anatomy, and physiology, all of which he achieved full marks. Throughout the course, Prys produced written work to a high standard as well as excelling in the physical modules.

When asked what Pry’s favourite part of the course was he said: “ It was the work experience element, I got to work with the community at the local primary school Mounty Street where here I coached and tutored students on how to coach as well as teaching them physical education.”

Prys has been offered a place at Cardiff Metropolitan University where he will go onto study Sports Education and Health. Prys who was an excellent role model to all at Brecon Beacons College became an ambassador of sport for the College where he promoted exercise to his fellow students, helping him to gain confidence and knowledge which was shown within his work.

Prys was able to try things he never believed he could after coming to college he was able to build his confidence and pass his knowledge onto others. As well as public speaking, he was able to lead his own sessions.

He said: “I have found my understanding of sports has vastly increased, allowing me to understand the tactics and psychology of sports. I feel that since I started my course my ability to play rugby has improved as a result of this better understanding and hopefully will make me better suited to coaching, physiotherapist, or other sports-related job in the future.”

We wish Prys all the best in his next venture and congratulate him on his outstanding results.