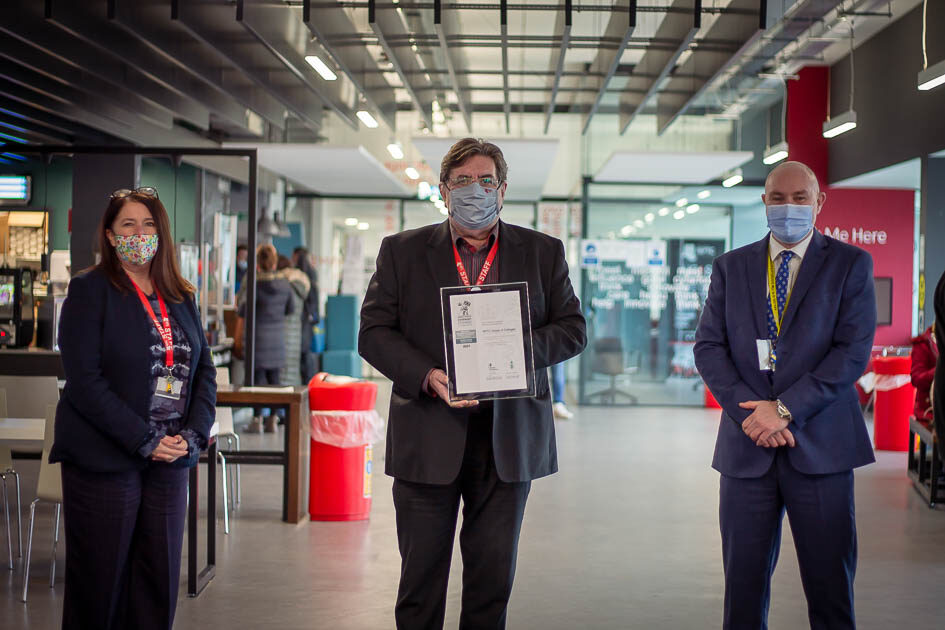 NPTC Group of Colleges is proud to announce it has been awarded Silver Armed Forces Covenant Employer Recognition Scheme (ERS) status. The organisation recognises the vital role of Britain’s Armed Forces, and the valuable contribution that members of the forces make to Britain’s defence, their communities and their civilian workplace.

The College pledged to support the armed forces following the signing of the Armed Forces Covenant in 2019, demonstrating its commitment to support veterans, reservists and their families currently into education and employment, promoting the College as an armed-forces friendly organisation and encouraging those who serve, or have served, to join the College.

A total of 24 organisations across Wales were awarded. Under the Defence Employer Recognition Scheme, employers support Defence personnel and encourage others to do the same. The scheme has three levels, Bronze, Silver and Gold for organisations that pledge, demonstrate and advocate support for Defence and the Armed Forces community.

To achieve Silver, organisations must proactively demonstrate that the Armed Forces community are not unfairly disadvantaged as part of their recruitment policies. They must also actively ensure their workforce is aware of their positive policies towards Defence people issues for reservists, veterans, Cadet Force Adult Volunteers, and spouses and partners of those serving in the Armed Forces.

NPTC Group of Colleges Principal and CEO Mark Dacey said: “As a long term provider of education and employment to the defence community, the College is thrilled to receive the Silver Award.  Its a testament to the College’s commitment that we acknowledge and understand that those who serve or who have served in the armed forces, and their families, should be treated with fairness and respect in the communities, economy and society. The College already offers its own Combined Cadet Force for students and will continue to offer support to our local cadets, either in the community or in local schools.”