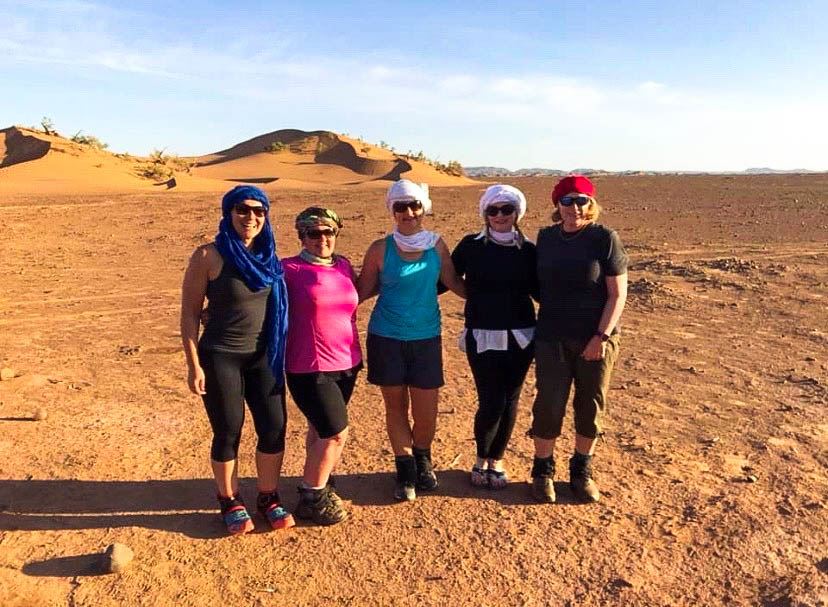 Members of staff from Brecon Beacons College and Afan College used their half term to trek in the Sahara, Morocco to raise money for a variety of charities.

The Sahara is the 3rd largest desert on Earth and covers some 3.6million square miles. It is the hottest desert on the planet.

The trek started at M’Hamid and was led by local qualified guides, the group also had their own camel train.

The 10-day trip saw staff trek for 5 days, raking up an astonishing 36 miles throughout those days, with four nights sleeping under the stars.

During the trip, staff were able to see breath-taking views such as the Erg Chegaga which is the largest sand sea in Morocco. As well as the fantastic sunsets and the stargazing.

After the trek, the group visited local charities they had raised money for, the Jarjeer Donkey sanctuary, and the children’s orphanage in Marrakesh.

Linda Kelly CIT Lecturer and organiser of the trek says: “fortunately I managed to get 15 adventurous friends to join me, which included 4 members of NPTC staff – Anna Shepherd, Tina Davies and Kim Mann from Brecon and Clair Rees from Afan. We fully funded the trip ourselves, which meant that all of the £880 raised from sponsorship went directly to Birmingham’s Children’s Hospital.