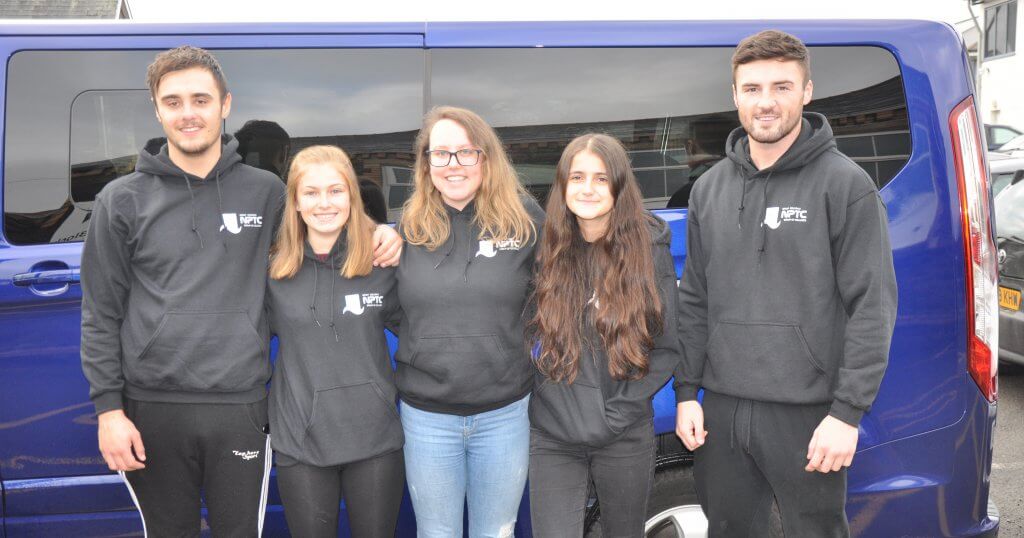 NPTC Group of Colleges is ranked number one in Wales and eighth out of all colleges in the UK for its expertise in vocational skills following success at the WorldSkills UK finals.

After an incredible year with students taking home a haul of medals across a number of vocational areas, the College has finished on a high with the rankings just being released by the WorldSkills UK Organisation.

Welding apprentice Declan Kenny, who took silver in the recent WorldSkills finals in Birmingham, has been officially invited to join the international training and development programme for EuroSkills Budapest 2018 and WorldSkills Kazan 2019.

In 2016, Declan was crowned the Best Young Welder in Wales in the WorldSkills Welsh final. He has consistently impressed his employer and College lecturers with his highly-developed skillsets, and earlier this year wowed the judges at the SkillWeld passive heats and regional semi-final to secure his place in the national finals.

In the Forensic Science finals Charlie Lawrence took silver; Caitlin Burns took bronze; and Shannon Williams and Morgan Williams were highly commended – all were placed in the top eight of the whole competition. The team went through to the finals, after winning a Welsh Government-backed ‘Have-A-Go’ competition with their idea to design and create a virtual crime scene. Earlier this year, six of the College’s Forensic Science students had been placed in the top 10 of the WorldSkills Wales competition.

Charlie Lawrence, who is currently at Anglia Ruskin University said: “The competition was brilliant and to take silver was just fantastic.  I’m just waiting to hear if I make the Team GB Squad, if so I could be joining the squad going to World Skills Russia 2019.”

Mark Dacey, CEO of NPTC Group of Colleges, said he was delighted: “It’s great news for everyone involved and we are very proud of the achievements. It shows dedication and focus as fitting in preparation work around competitions is not easy when you are studying, training and working.  As medal winners, they are part of a select group who are amongst the best in the UK in their chosen skill and we wish them every success for the future.”

Founded in 1950, ‘WorldSkills’ is the global hub for skills excellence and development. It brings youth, industries, and educators together to give youth the chance to compete, experience, and learn how to become the best in their skill of choice. From the traditional trades to multi-skilled technology careers in the industry and service sectors, supported by partners, industries, governments, volunteers, and educational institutions, WorldSkills’ vision is to improve the world through the power of skills.