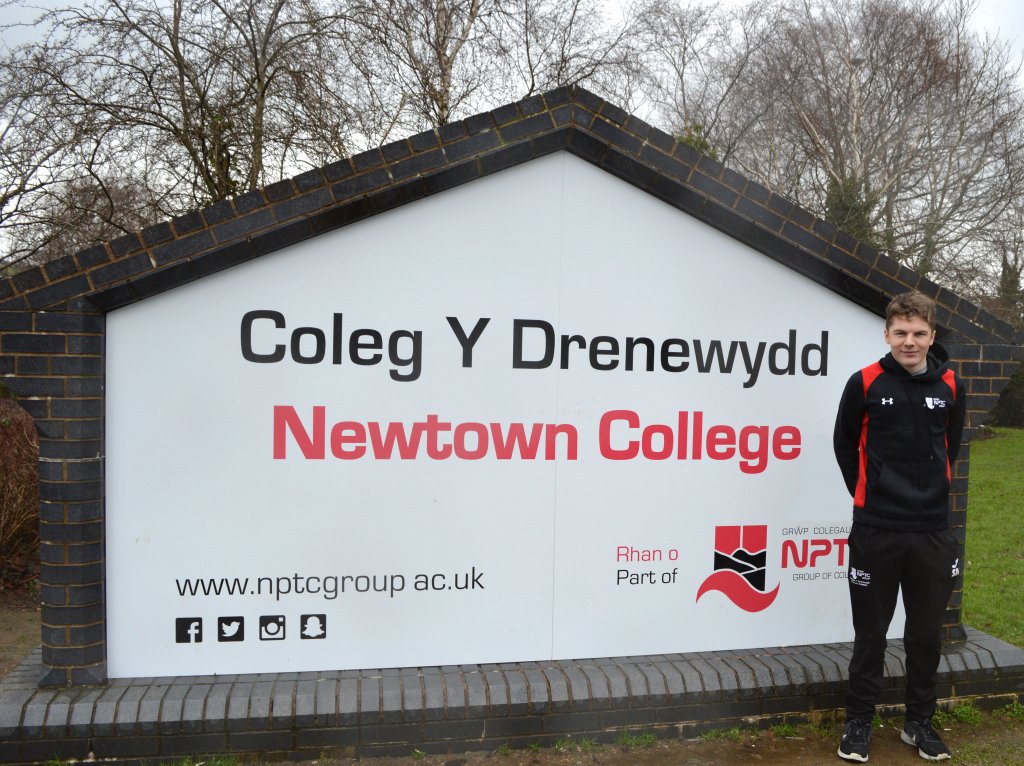 NPTC Group of Colleges student Sam Morris says he is ‘very excited’ to be launching the ‘We Wear the Same Shirt’ Mental Health Football Tournament this month.

Taking place on Sunday 25th March (11am-2.30pm), 16 teams from across the country will meet at Newtown AFC’s Latham Park.

Teams from Newtown, Welshpool, Wrexham, Chester as well as the Cardiff City Foundation will be attending the 5 a side tournament, designed to raise awareness about mental health and tackle prejudice.

It is a chance for everyone to get some playing time and to have fun, with a group stage and knockout rounds marking out the day.

The tournament builds on the weekly sessions Sam has been coaching, which he said stems from the Football Association Wales’ ‘We Wear the Same Shirt’ campaign.

Sam, who is also a Sport Powys Gold Ambassador, is in his second year of the sports course at Newtown College and has been running his Wednesday mental health sessions since the summer.

With six years of coaching already under his belt, he was chosen by his College lecturer Gareth Watkins to take on the role.

Gareth, who is also head of Newtown AFC’s Academy, said that picking Sam for the role was an easy decision.

He said: “We were part of the ‘We Wear the Same Shirt initiative a couple of years ago, and it started to fade away. We didn’t want to see it go, so it got started again with the help of Sam. Since then it’s been going from strength to strength. It’s not easy to coach sessions like these, you need to have personal skills not just coaching skills. That’s why I chose Sam, for his commitment and knowledge.”

Sam has worked hard with the club to make sure everything is accounted for, and has secured local construction firm Evabuild as awards sponsors.  Morrisons will also be providing 120 bottles of water on the day.

Gareth added: “It was Sam’s idea for the tournament, and he’s worked really hard to get everything in place. If it all goes well it could become an annual thing. We want to spread awareness that the opportunity is there for everyone to play football.”

For more information on the tournament or the ‘We Wear the Same Shirt’ programme, contact Sam via Newtown AFC on: 01686 626159.