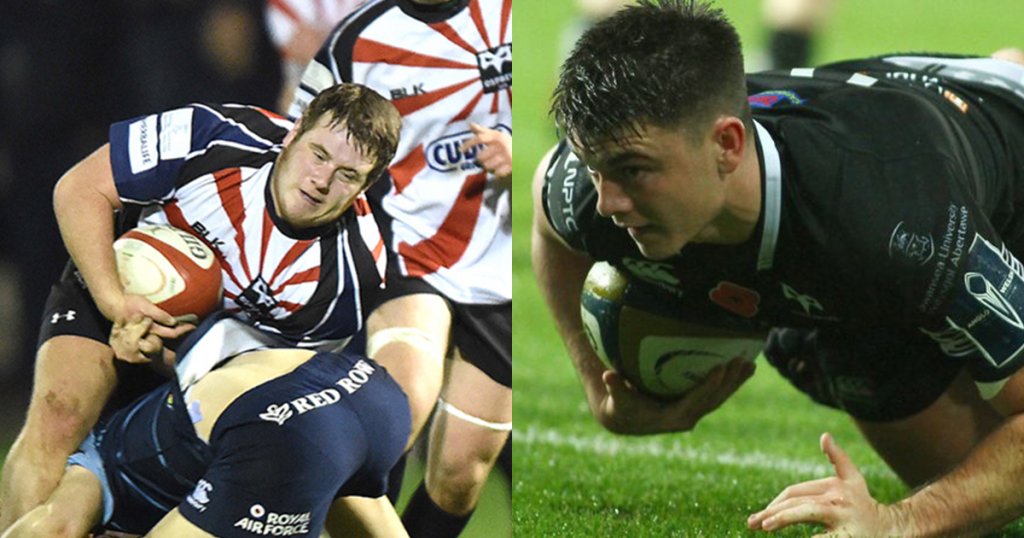 Two exciting rugby talents from NPTC Group of Colleges are looking forward to featuring on the international rugby stage in the forthcoming weeks as they have been selected for the Wales Under 20s rugby squad for the forthcoming Six Nations.

Tighthead prop Rhys, who is currently studying Law, History and Welsh Baccalaureate, played his mini, junior and youth rugby for Cwmafan RFC, and then joined the Ospreys set-up where he played for both the Under 16s and Under 18s. He now plays his club rugby in the Principality Premiership at Aberavon RFC. Rhys played most of his junior rugby at hooker and whilst in the Ospreys Under 16s moved across to tight-head prop.

Rhys told us: “I feel very happy and proud to be selected but I know there’s still a lot of hard work to do. The College rugby system has helped me a lot, especially with my strength and conditioning as well as my set piece performance. It has been pretty easy to balance school work with rugby as my lecturers are very supportive and understand my other commitments and helped me with any additional work I’ve needed to complete.”

Scrum-half Reuben, who has deferred his studies after being offered a full-time contract with the Ospreys, makes a return to the Under 20s having represented them in the previous two Six Nations competitions, as well as last year’s Under 20s World Championships in Georgia.

A former pupil at Ysgol Gynradd Gymraeg Castell-nedd and Ystalyfera Comprehensive, Reuben played junior and youth rugby at Neath Athletic before moving on to Neath RFC, for whom he made his debut when he was only 17. Both his father and his brother have also represented the Welsh All Blacks so he certainly comes from a rugby family!

Both Rhys and Reuben will be hoping to make an impression when the Under 20s kick off their campaign against Scotland U20s at Colwyn Bay on Friday 2nd February. We wish them and their teammates all the best for the tournament.