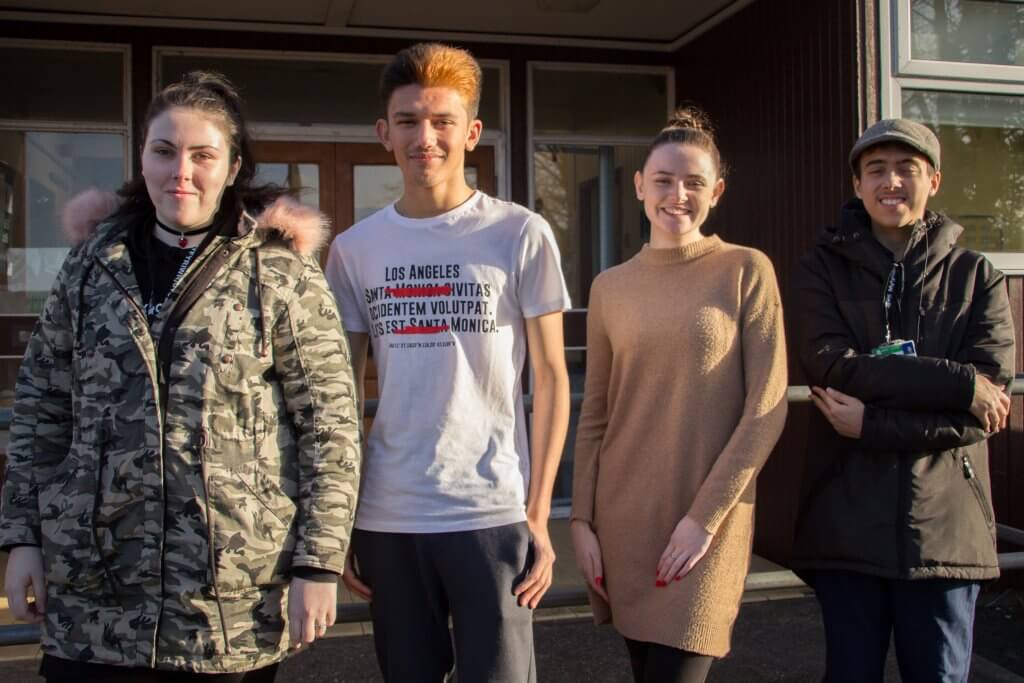 A project examining Richard Burton’s diaries gave young people in Port Talbot pride in Wales, in their town, and in themselves.

Born and bred in the Welsh industrial steel-making community, Richard Burton became one of the world’s biggest film stars and his ongoing relationship with Hollywood starlet Elizabeth Taylor was legendary. In a National Lottery funded project celebrating the anniversary of Burton’s birthday, students at NPTC Group of Colleges uncovered another side to him, as a prolific writer and diarist – recording his private thoughts from the age of fourteen.

Many of the teens taking part in the project were unsure at first about joining in:

17 year old Shaleem Abdul Khalik wasn’t sure what direction to take in life, but decided to take part in the project, which involved researching, creating and starring in a documentary about Richard Burton’s early life.

Sophie Ludlaim, also 17, was confused about her future, too. “I’d been out of school for three years, and when I came to Neath College it was really difficult,” she explains. “I thought I’d made a big mistake.”

Creating the film and working together proved valuable to all the students in different ways, and they gained skills and qualities they never would have predicted.

“When you come in to such a big project that meant something to the community, to take that on, it was a big confidence booster.” Sophie explains. “As a group we had to mould together to get ideas, do the research and the writing and do the phenomenal amount of work to make the film.”

The film will not only become a lasting resource for the community, but it is hoped that in the future the young people’s project may lead to the creation of a regular celebratory event to promote the area’s creative talent – both past and present – and ensure this important story continues to be told.

Sophie has also gained more faith in herself. “My ambition has changed since the trip to Oxford as part of this project,” she says. “I never thought I would visit one of the most famous universities in the country.

“I said at first I wouldn’t act, but I did – I enjoyed it a lot.” Sophie is now studying for a BTEC Performing Arts qualification – something she never thought herself capable of, until she realised the power of having faith in yourself.

The project also inspired 17 year old Shania Burton to pursue a BTEC in Performing Arts. “Doing the acting, the research and the trips has brought my confidence up,” she says. “It’s given me the power to go on stage – before, I wouldn’t have even thought of it.”

As well as acting, researching and creating the film, the group got to interview another famous local actor, Michael Sheen. Shania feels lucky to have had such an opportunity:

“I felt honoured to be able to speak to someone who walked, in many ways, in the shoes of Richard Burton.”

Inspiration for the future

Shaleem is now studying for a Media Level Two qualification at college; “Because of this project I am more keen on what I am doing, more focussed on what I want to do”, he says. “I’ve learnt that if you put your mind to something you can achieve it, and, whatever ambitions or hidden goals you have – just don’t be afraid to take that leap. I just feel really positive about everything.”

Another participant in the project, 17 year old Dominic Jones, found new friendships through the project, which improved his social skills. “I enjoyed acting, and meeting people from the community.” He says. “The group I worked in seemed like family.

“I still meet people from the group, even though they have gone on to do other things; and I also meet members of the new group – we often meet up and have a chat and a laugh. My confidence has grown 110%!”

The power to transform lives

Keith Booker, the College’s recently retired deputy CEO sums up the young people’s achievements during the project: “I was very, very impressed with the engagement of a group of individuals who often find it difficult to engage.

“Afterwards they were in a better place than when they’d started and there was a sense of belonging and pride in that community. They were achieving things which they would never have believed the year before that they were ever capable of doing, and that to me is real success.

“Projects like this funded by the National Lottery are incredibly important as they absolutely do have the power to transform young people’s lives – because they allow them to succeed and participate, as opposed to all the times they are told they can’t do this or that. Suddenly they can say ‘Well actually, maybe I can…”