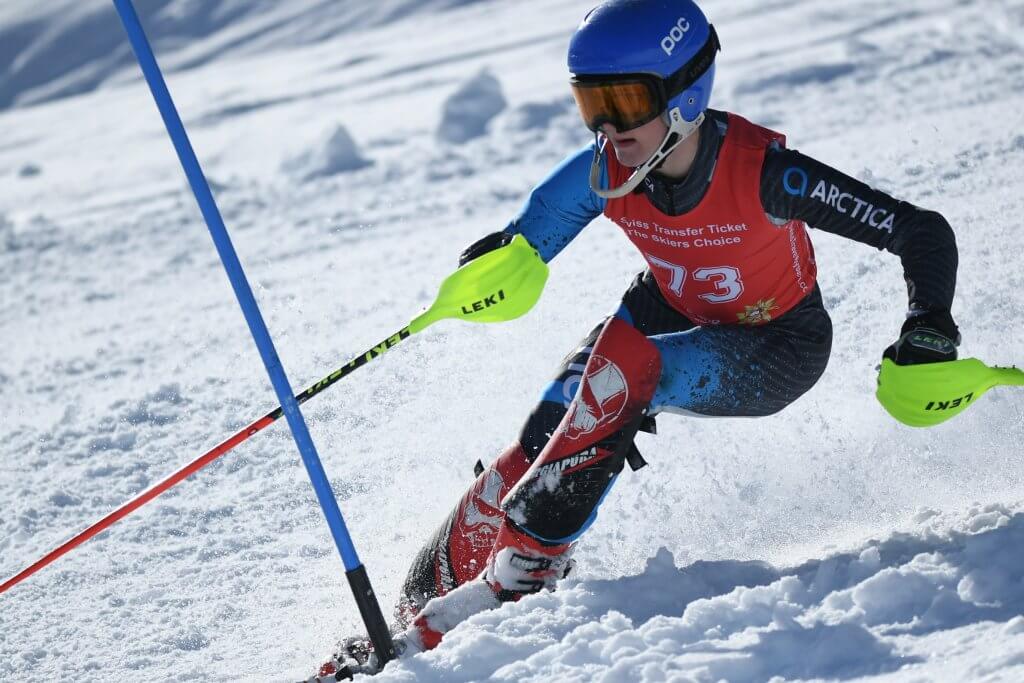 Joshua Price has brought home two gold medals for slalom skiing at the 2018 Welsh Alpine Championships, competing against  skiers from all over Europe as part of the Welsh ski team. Josh blew the competition away to finish in top position in two categories; U18s and Over 18s men’s slalom, along with being awarded the top Welsh skier overall in his category.

Josh, 16, is in his first year of studies at NPTC Group of Colleges studying AS History, PE and Psychology. Josh was introduced to skiing at just two years old on his first family holiday to the French Alps.

However, it wasn’t until 2015 he joined Cardiff Ski club to train regularly on their dry slopes. His hard work and determination was soon recognised as he was selected to start racing and competing in his discipline at regional and national events.

Josh commented, “All in all, it was a superb day with great skiing and a lot of fun had by all. Thank you to all the support I’ve received from my coaches and team mates, along with the volunteers and organisers. I’m looking forward to coming back next year to compete in the 2019 championships!”

Supporting his skiing journey every step of the way, his dad accompanied him and the team to Switzerland.

He commented, “We’re absolutely thrilled for him, and proud that all his hard work has paid off! It became clear after many years of enjoying recreational skiing that Josh wanted to participate in something more competitive, and slalom racing in the UK was the next logical step.  Having had some fantastic opportunities to enter competitions all over the British Isles racing against other athletes of all ages, Josh set his sights on being selected for the Welsh ski team.  He achieved that this year, and is now looking forward to the next challenge!”

The Welsh Alpine Championships were held in Champery Les Crosets in Switzerland, known as part of the largest ski area in the world with over 650 kilometres of pistes, 300 runs and 200 lifts spanning 11 different resorts. This was also Josh’s first time competing in an International Federation Internationale de Ski race in which he came 38th out of 83 participants. The FIS sees recognised Olympic qualifying athletes from more than ten different countries from Switzerland to Australia race against one another. Selection to the squad is based on points scored in nationally recognised seeding events such as national championships or national series races.