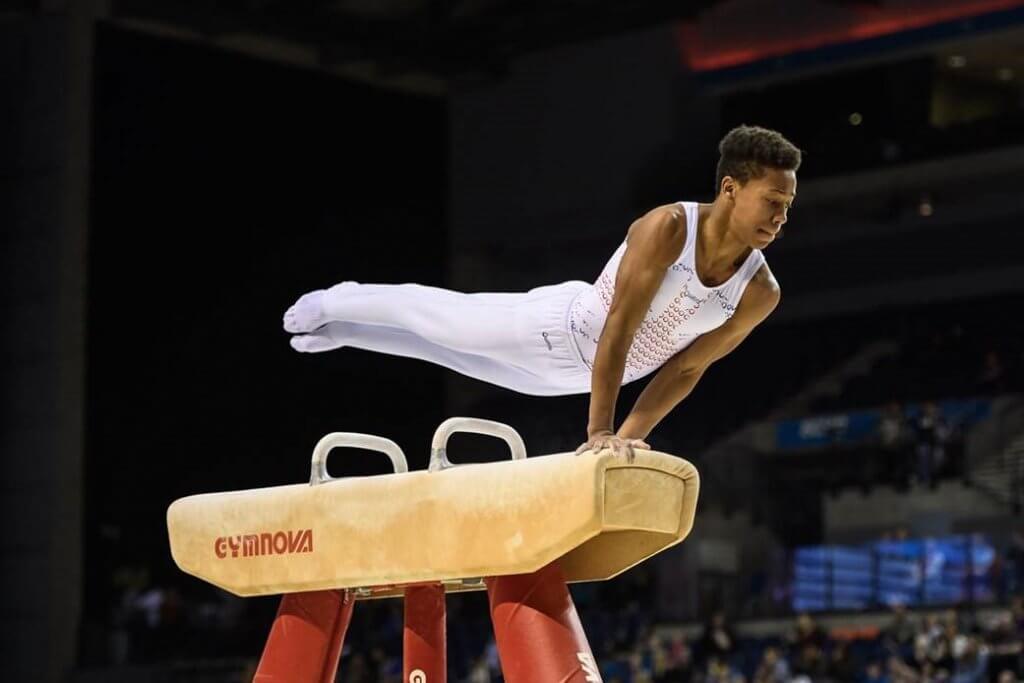 NPTC Group of Colleges student Emil Barber is on his way to the Gold Coast 2018 Commonwealth Games after being selected as a travelling reserve in the Welsh gymnastics squad.

Emil, 17, who studies Sport and Sports Development and Coaching at Llandarcy Academy of Sport has already competed for his country for five years! Earlier this month, he won a silver medal on the vault at the British Championships in Liverpool, also coming sixth overall in the Under 18s’ competition.

Emil has already got a wealth of top level competitions under his belt. He has competed in four Celtic Cups, four UK School Games and two Northern European Games. He is the 2014 Celtic Cup all-round champion and team gold medallist. Last year, he came first in the Welsh Championships Under 16s’ all-round competition. Emil is also the reigning Welsh Senior Vault Champion and was, last year, awarded a Sport scholarship from NPTC Group of Colleges, helping him to develop his talent to its fullest potential whilst maintaining his academic studies.

When he’s not in College, Emil trains at Swansea Gymnastics Centre and cites his brother as the reason he got into gymnastics: “My brother went to an adult class as he was into free running and he would teach me on the trampoline, so my mum decided to take me.”

Emil is not fazed by his recent selection, telling us: “I always train with all the boys in the team but it’s still a pleasure to be a reserve to such good gymnasts.” It is a wonderful achievement for someone of such a young age and Emil is quick to acknowledge the support he has received from his coaches and his lecturers at Llandarcy Academy of Sport in helping him take the next step in his career.

Head of School for Sport and Public Services, Barry Roberts, said: “Staff and students at Llandarcy Academy of Sport are proud to see one of our current students, Emil, selected as part of the Welsh Gymnastics Commonwealth team heading to Australia. This is a recognition of all of his hard work and commitment and we all wish him the very best in this truly outstanding achievement.”

Emil will be travelling out to Australia with the Welsh squad this week. We wish him all the very best for his first Commonwealth Games and look forward to seeing what the future holds for the talented young gymnast.

If you are interested in Sport and Public Services, we have a wide range of courses available, both full-time and part-time, across the College. Browse our courses HERE.