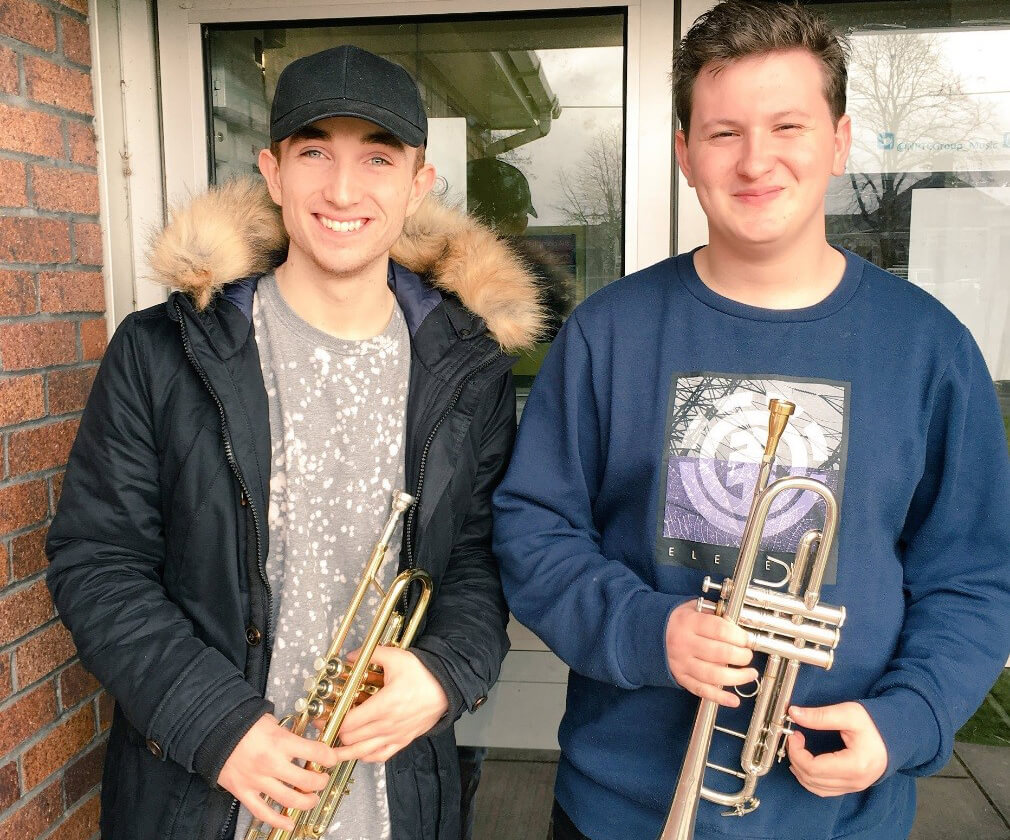 The NPTC Group of Colleges’ Music Academy has leaped into spring with lots to celebrate from student acceptance onto the UK’s most renowned music conservatoires to first place achievements in national competitions.

Talented musician Edward commented: “It has been an exciting year, I’ve been able to further my musical practice and passion by performing at a variety of events in the area. I am looking forward to joining the Royal Welsh College of Music in September to learn more about the cultural routes and fusion of jazz across the world.”

Continuing the Academy’s spring success, clarinet player Sophie Williams won the annual Roger Chilcott Competition held in March with Edward Jones taking third place for his trumpet instrumental. Three other students were also awarded runner-up prizes at the competition and commended for their musical talents. Students have also been participating in the Regional Festival of Music for Youth in Porthcawl and the Margam Abbey Music Competition.

There was also a great turn out for the Music Academy’s yearly productions of the Annual Spring Concert which gave students a chance to display their musical abilities on a live stage.

Carolyn Davies, subject leader for music at the College, said: “Our Music Academy houses a range of musical genres from classical to swing at our recent spring concerts. It has been a delight to see our students engage at national and local competitions; we encourage students to perform in events within the community to showcase their talents.”

NPTC Group of Colleges has an overall pass rate of 99.9% pass rate, including a 100% pass rate in music and offers an impressive range of A Level courses enabling its students to achieve their goals year upon year. The Music Academy continues to raise its successful profile year on year.

The A Level music course continues to grow at NPTC Group of Colleges, comprising of three units in each year: Performing, Composing and Appraising. Students can study a range of music from the classical era to the twentieth/twenty-first century as well as either musical theatre, rock & pop or jazz.

If you are interested in studying music at NPTC Group of Colleges, contact us on 01639 648000 or click here for more information on the subjects available and the NPTC Sixth Form Academy.

The Music Academy will be performing at upcoming music events in the area for June including the Funk Band at the Rotary Club in Neath and their Annual Summer Concert with accompaniment from Neath Male Voice Choir on the 26th of June at the Nidum Theatre.

For more information on the Academy’s events, keep an eye on their Twitter updates: @NPTCGroup_Music

Picture Caption: Congratulations to Music Academy students Edward Jones and Gareth Thomas who have been accepted at the Royal Welsh College of Music to study jazz.