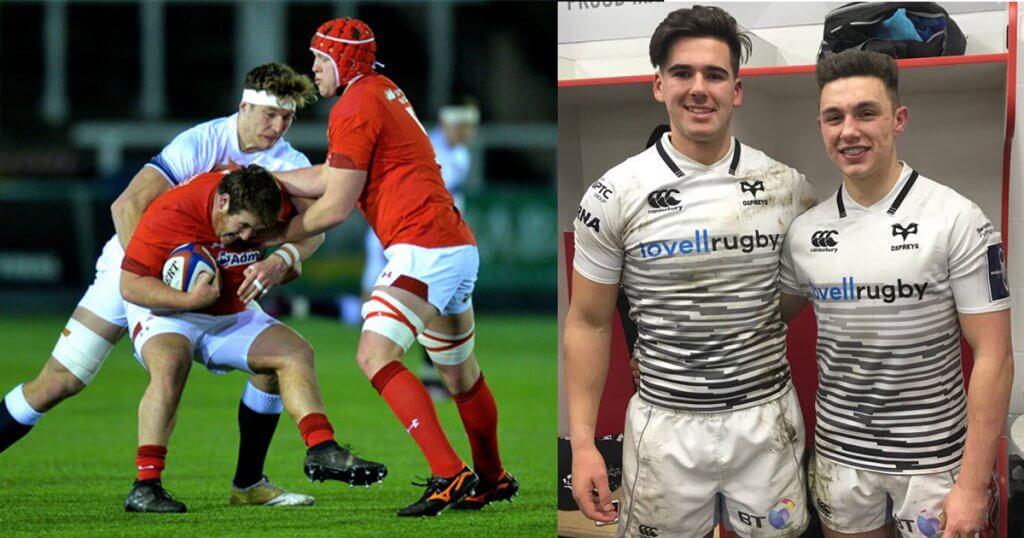 Three exciting rugby talents from NPTC Group of Colleges are looking forward to featuring on the international rugby stage over the summer as they have been selected for the Wales U20 rugby squad for the forthcoming Rugby World Cup in France.

Bridgend-born winger Cross and Neath-born centre Thomas-Wheeler, who are both studying Level 3 BTEC Extended Diploma in Sport, made their debuts for the Ospreys against Gloucester in this year’s Anglo Welsh Cup and have since gone on to feature for their region in the Pro 14. They have also been playing regularly for NPTC Group of Colleges in the Welsh Schools and College Development League.

Honours have been forthcoming for both this year, with Cross being awarded a Sporting Excellence Scholarship at the Bursary and Scholarship Awards, whilst Thomas-Wheeler was recently named ‘Sportsman of the Year’ at the annual Sports Awards.

Tiaan said: “I’m over the moon to be selected for Wales U20s in the World Cup in France. I’ve worked really hard and can’t wait to test myself against the best in the world. But there’s no doubt I couldn’t have done this without the support of Neath College who have helped me to manage my rugby and education commitments.”

Tighthead prop Rhys, who is currently studying Law, History and the Welsh Baccalaureate at Neath College, played his mini, junior and youth rugby for Cwmafan RFC, and then joined the Ospreys set-up where he played for both the Under 16s and Under 18s. Rhys was part of this year’s U20 Six Nations squad that claimed wins over Scotland and Ireland. He currently plays his club rugby in the Principality Premiership at Aberavon RFC.

Rhys told us: “It’s amazing to be picked for the World Cup because we’ll be able to compete against the best players in the world in our age group. I’m sure it will be a great experience and I will definitely learn a lot. We have a really tough group but we believe in ourselves and there’s no reason why we can’t go out there and beat the best.”

We wish all three and the rest of the Wales squad ‘bonne chance’!

Wales will take on Australia at the Stade de la Méditerranée in Béziers on Wednesday 30th May (20:00 BST), and New Zealand at the same venue on Sunday 3rd June (15:30 BST). They then round off Pool A with a trip to the Stade Aimé Giral in Perpignan for a meeting with Japan on Thursday 7th June (17:30 BST).

Pic Caption: Rhys Henry in action against England in the Six Nations and Tiaan Thomas-Wheeler & Dewi Cross after their Ospreys debut.