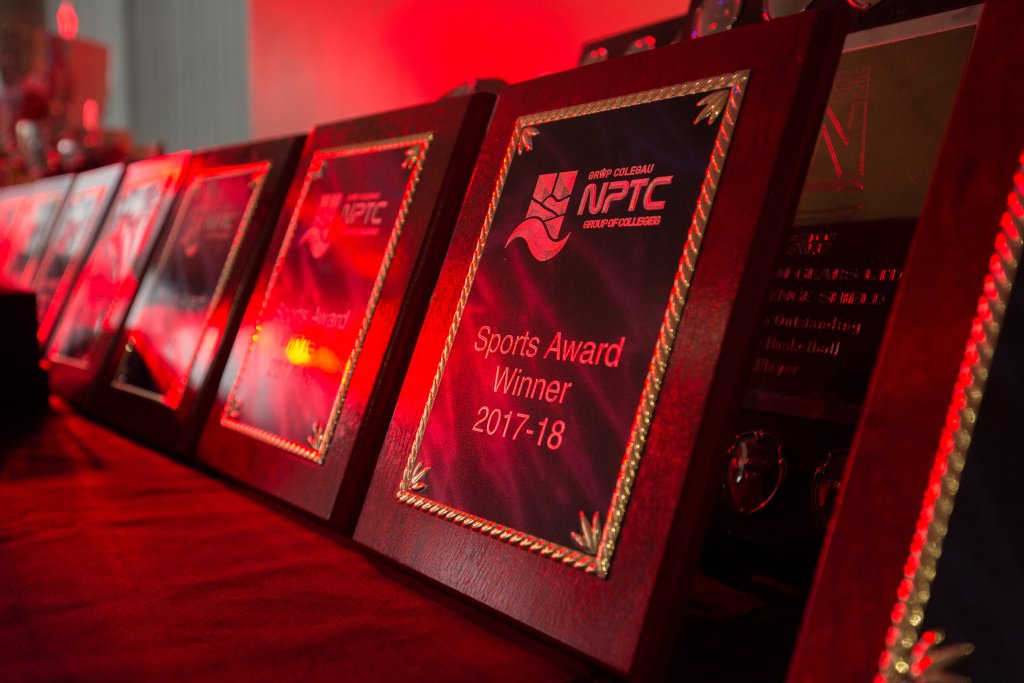 Some of the brightest and most promising sport stars from NPTC Group of Colleges have been honoured at the annual Sports Awards ceremony held at Neath Rugby Club. The event – sponsored by Ponty Butchers, Hydrachill, Llandarcy Academy of Sport and A&M Scaffolding – recognised students’ talents in disciplines from athletics to weightlifting.

Two of the Ospreys’ current squad – Adam Beard and Ma’afu Fia – took time out of their training schedule to present the awards.

NPTC Group of Colleges boasts a proud sporting heritage, with many past students going on to successful careers and critical acclaim. Adam Beard is himself a past student at the College, and a previous recipient of the Sports Awards. Among this year’s award winners are ‘Sportsman of the Year’ Tiaan Thomas-Wheeler who has been selected for the Wales U20s rugby squad for the forthcoming Rugby World Cup in France.

Speaking before the awards, Tiaan said: “I’m over the moon to be selected to play for Wales in the World Cup in France. I’ve worked really hard and can’t wait to test myself against the best in world. But there’s no doubt I couldn’t have done this without the support of Neath College who have helped me to manage my rugby and education commitments.”

Another award winner, Josh Price brought home two gold medals for slalom skiing at the Welsh Alpine Championships held in Switzerland earlier this year. Holly Noon, recipient of the ‘Sportswoman of the Year’ award, is a celebrated netball player and captain of the British Colleges’ Netball team.

“It’s great to be able to congratulate all the students on the hard work and dedication they have demonstrated. The Sports Awards are a celebration of the effort they have put into their studies. I’d like to thank everyone involved for making this event such a success, with a special mention to the evening’s sponsors.” 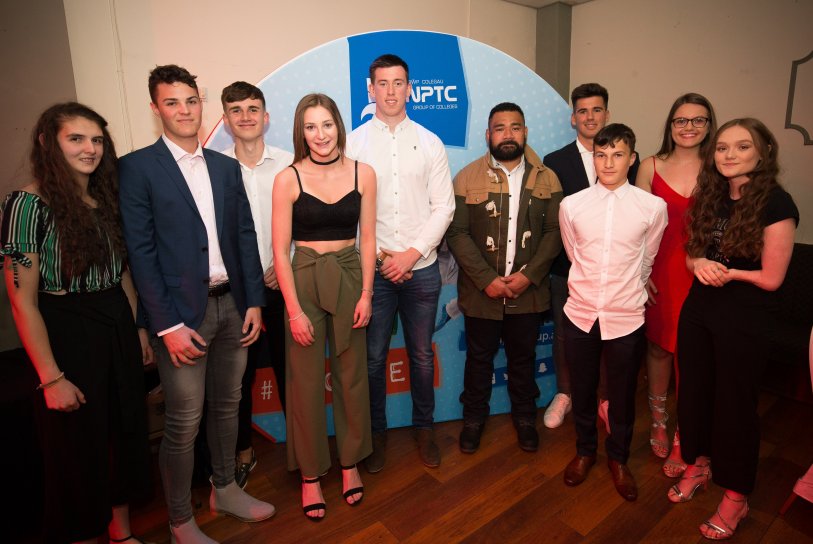 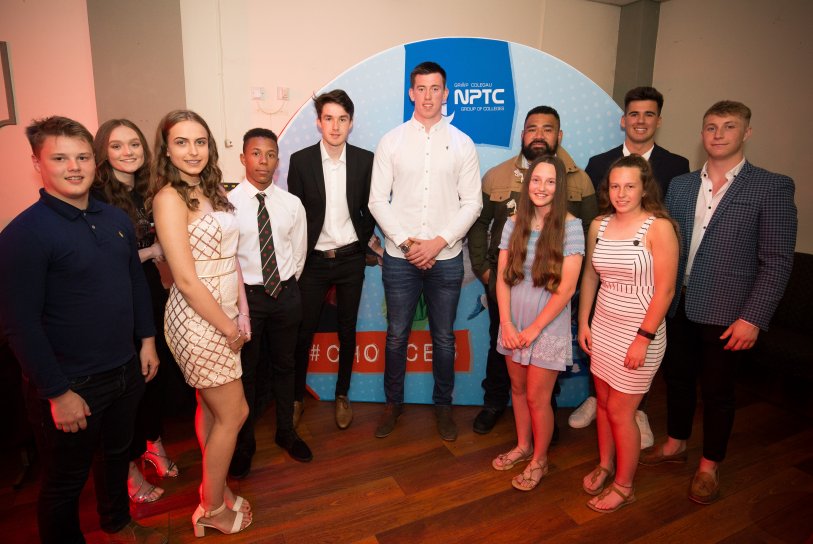 Listed below are the recipients of the evening’s awards:

Hydrachill Sportsman of the Year Award

Ladies’ Football Player of the Year

Women’s Rugby Player of the Year

Rugby Player of the Year

Netball Player of the Year

Golfer of the Year

Football Player of the Year

Cricket Player of the Year

Athlete of the Year