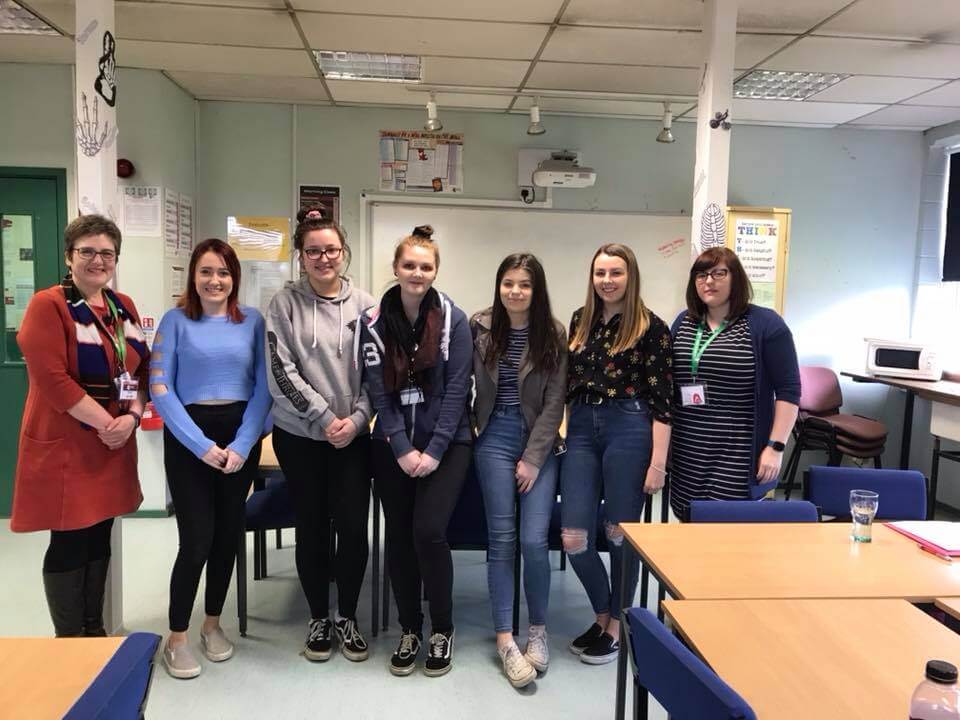 Charitable work undertaken by students from NPTC Group of Colleges has been recognised with them being shortlisted for the PAVO Powys Volunteer of The Year Awards 2018.

The group of six Level 3 Health and Social Care students from Newtown College has been recognised for their work with the Montgomeryshire Family Crisis Centre, which started as part of their Welsh Baccalaureate qualification. It soon turned into much more, and the group have worked tirelessly to raise money for the charity.

The Montgomeryshire Family Crisis Centre (MFCC) is a charity that supports men, women and children experiencing or affected by domestic abuse in North Powys.

To help raise awareness and money for the MFCC, students organised an appeal for a reverse advent calendar, for pack donations to supply victims with essentials that they wouldn’t have due to fleeing their homes with nothing.

As well as this, students also took part in ‘Ask Me’ training for domestic abuse, to become more educated in how to support victims of domestic abuse.

After being invited by The Hon. Dame Shân Legge-Bourke DCVO, the Lord-Lieutenant for Powys and PAVO President, the group will attend the awards ceremony at the Strand Hall, Builth Wells.

“I’m delighted that the students’ hard work and commitment have been recognised, and it’s great that the College works closely with local organisations in the community.

“The Montgomeryshire Family Crisis Centre nominated the group for really going above and beyond, so I hope we continue this way in the future.

“I know the students are already planning on maintaining the relationships and working closely with them, so it’s great to see.”