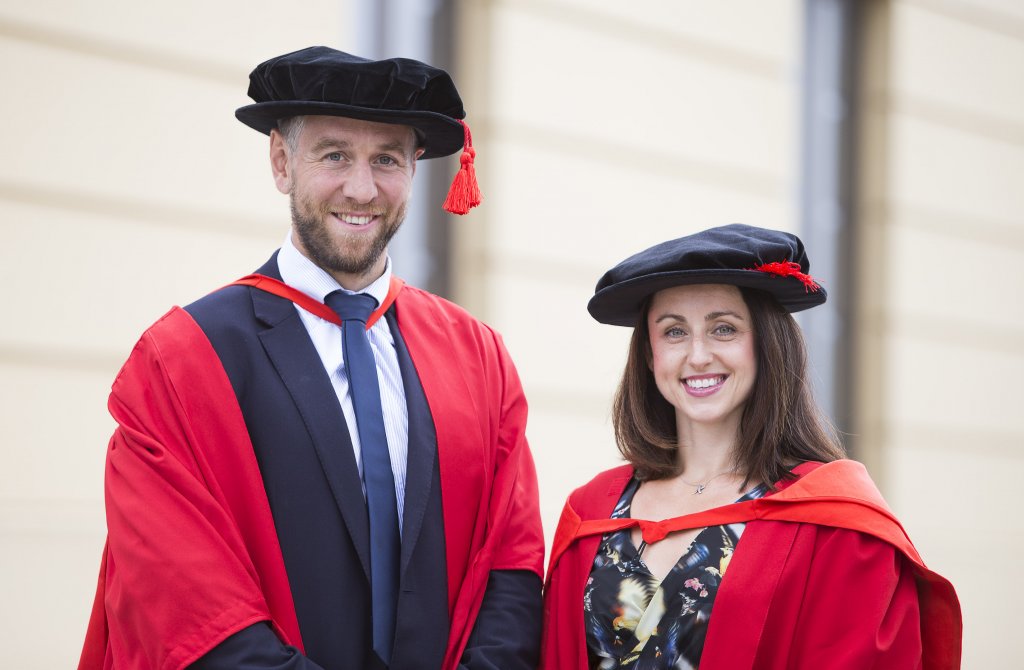 Students from across NPTC Group of Colleges – one of Wales’ largest colleges serving the communities of Neath Port Talbot, Powys, Swansea and Bridgend – came together to celebrate their shared success surrounded by friends and family.

As well as offering traditional post-16 A Level and vocational courses, the College is a key provider of adult education and delivers a wide variety of Higher National Diplomas, Higher National Certificates, Foundation Degrees and Degree courses as a fully accredited member of the University of South Wales, Trinity Saint David, Glyndŵr University and Swansea University.

This year’s Fellows were recognised for their sporting successes locally, nationally and internationally.

Ryan Jones is a former Wales international rugby union captain and British Lion. He is Head of Rugby Participation for the Welsh Rugby Union with a remit to get more people engaged in rugby at all levels including disability, touch and beach rugby.

A leader both on and off the field, Ryan held the record for captaining Wales 33 times. Not content with leading his country against some of the toughest opponents, he has mastered the art of working in challenging communities with limited resources. Ryan is a trustee for Disability Sport Wales and a prolific charity funder raiser.

Suzy Drane is the longstanding captain of Wales’ international netball team. She made her debut for Wales in 2005 and became Wales’ youngest ever netball captain aged just 23. Suzy has represented Wales on 95 occasions, captaining Wales to seventh position in the World Championships in Sydney 2015, equalling their highest ever finish in a major event.

Suzy is an ambassador for ‘Girls Together’. A natural leader both on and off the field, Suzy is a senior lecturer in Sport Development and Performance Sport at Cardiff Metropolitan University and is a pillar of strength in Welsh Netball.

Speaking after the event, both Ryan and Suzy said they were delighted to receive an Honorary Fellowship, but stressed that the real honour was to share the stage with the real heroes of the day: the students who had worked so hard to graduate.

Ryan said: “It is a privilege to receive this award from NPTC Group of Colleges. To talk to some of the students who have graduated here today is really humbling.”

Suzy added, “It is the students’ hard work that shines here today, and it’s fantastic to be able to share their achievements.”