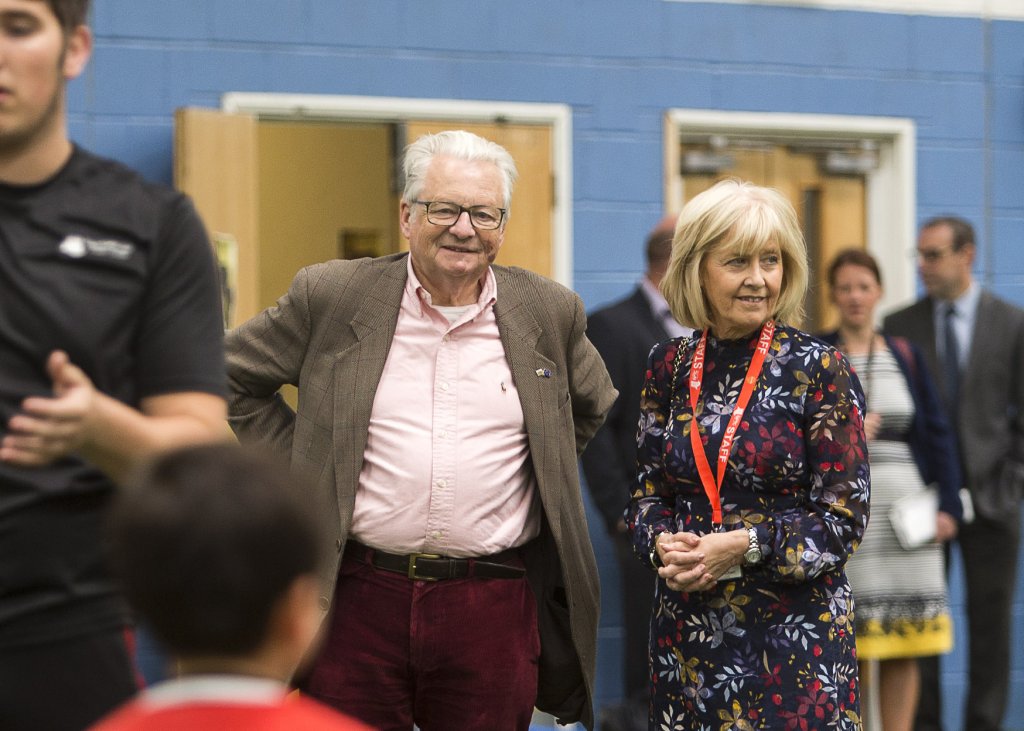 Llandarcy Academy of Sport (part of NPTC Group of Colleges) is proving to be a big hit not just with students but the community in general.

The Minister for Culture, Tourism and Sport, Lord Ellis Thomas visited the busy campus to see for himself the first class facilities on offer and the work that the College is undertaking to improve health, fitness and the general well-being of people living in the area.

Lord Ellis Thomas was given a tour of the Llandarcy facilities that are used not only by the hundreds of students based there but by professional and amateur sports clubs along with local schools and the general public. The facilities include a first-rate sports hall, with climbing wall, which has been used by the Celtic Dragons netball team for friendlies against other national and international teams, and an indoor training barn and 3G pitch. As well as the Ospreys, the facilities have been given the thumbs up by visiting International teams including the Australian rugby squad who were put through their paces there. There’s also an indoor bounding track and state of the art gym.

He also had time to watch the College’s Gold Ambassadors who are studying L2 Sports coach cricket to local primary school children.