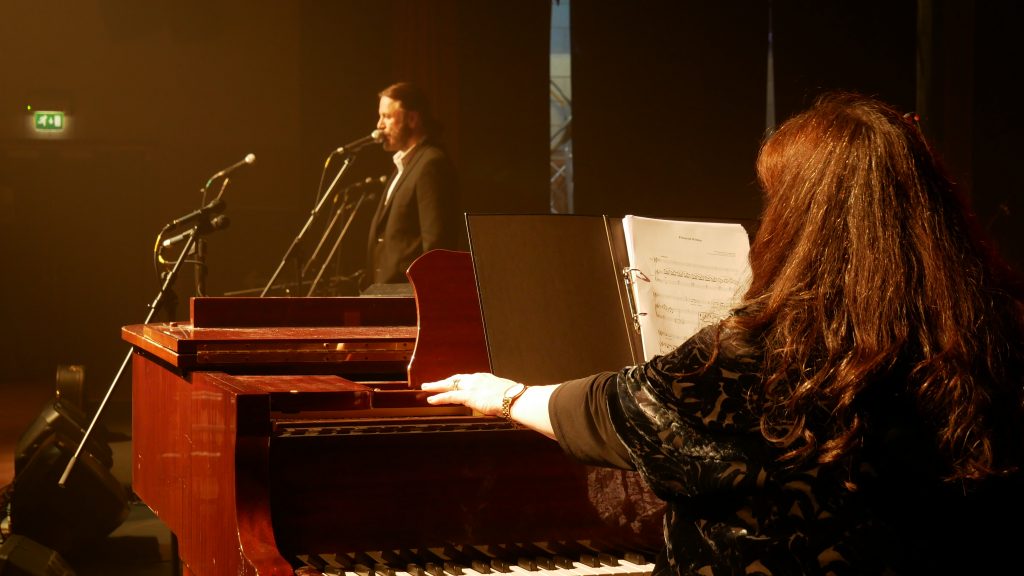 NPTC Group of Colleges helped to pay tribute to one of its former lecturers by hosting a memorial concert at Nidum Arts Centre in Neath College. The show was studded with renowned musicians and performers including current and previous staff members, and College alumni. Among those performing on the evening were guitarist Jackson Lucitt, soprano Rebecca Evans and singer/songwriter Steve Balsamo.

Alan Good lectured at Neath College in the 1990s and early 2000s. Along with his fellow lecturers at that time, Alan was instrumental in raising the profile of the performing arts provision at Neath College and helped to cement the excellent reputation of the Creative and Visual Performing Arts provision.

In June 2017, Alan sadly passed away. In the time following Alan’s death, his daughter, Hannah Good, was driven to set up the Alan Good Musical Bursary in his honour. The Alan Good memorial concert was organised to fund the cash prize awarded to a woodwind instrumentalist at the Royal Welsh College of Music and Drama.

Speaking on the evening of the sold-out gala event, Hannah said:

“When my father died, we realised just how many people had been affected by his death. We received so many messages of condolence from his colleagues and former students here at the College that we as a family knew we had to do something to continue his legacy.

“We knew it had to be about music and education, so we came up with the idea of the Alan Good Bursary. Rewarding a deserving woodwind musician at audition level with the means to overcome barriers to study seemed to be so in keeping with my father’s philosophy. The memorial concert was an extension of that vision. To be able to raise money for the bursary – while reuniting past students, staff and friends to celebrate my father’s life – is something that of which I’m proud. And to hold it at the College was the obvious choice.”

And as the idea grew, so it became apparent who would perform: the very people whose careers her father had shaped. The atmosphere at the event was one of celebration and reminiscence. Steve Balsamo, lead singer with Americana rock band The Storeys, said it was his honour to have been asked to perform on the evening. Speaking with Andy Collins, bass player with The Storeys, Steve said:

“Neath College, and Alan Good, will always hold a piece of my heart. When I studied here at the College, I played the lead role in Jesus Christ Superstar. Off the back of that, I ended up auditioning for Andrew Lloyd-Webber and landing the role of Jesus Christ in the West End.”

Andy Collins added: “The College is such an important part in guiding musicians and performing artists and that is something Alan was so passionate about. Wherever Alan is, I’m sure he’s looking down and smiling.”

“It is a privilege to host the Alan Good Memorial Concert here at Nidum Arts Centre and to support the bursary in his name. Alan was a key player in the success of the performing arts courses, and that’s a reputation that is still going strong today. To have so many people here to show their respect and support is a testament to how much people loved and respected Alan Good.”