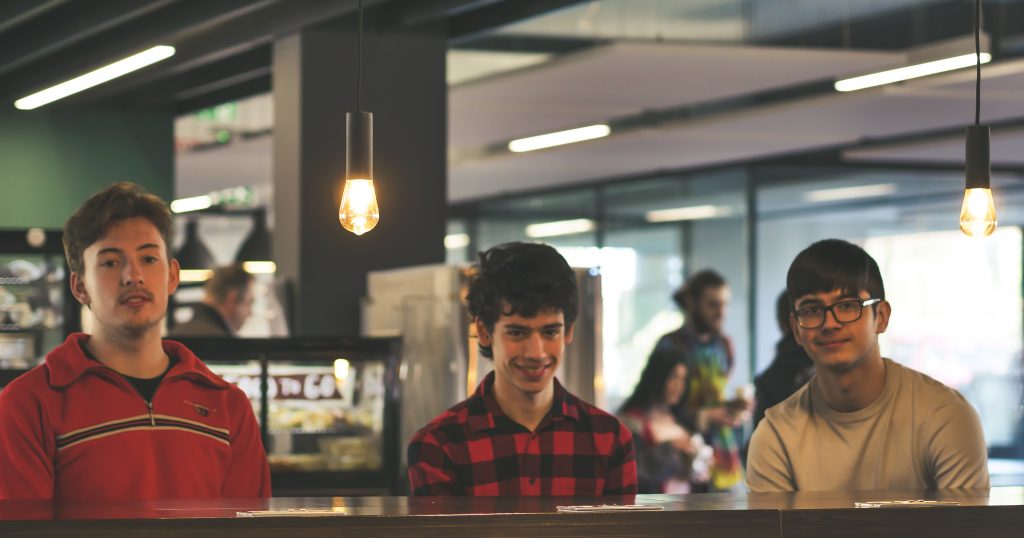 Students at Neath College, part of NPTC Group of Colleges, are celebrating after being accepted to study at Oxford and Cambridge Universities.

Matthew Lawrence, who is just 16 years old and currently studying A Level Maths, Further Maths, Chemistry and Physics, has received an offer from Cambridge University – Emmanuel College to study Maths. Matthew has become the first student from the Sixth Form Academy to receive an offer from Cambridge for Maths and he also has the honour of being the youngest student to do so!

Biology, Chemistry and Computer Science student Connor Doyle has also received an offer from Cambridge University, to study Natural Sciences at Girton College. Whilst it’s Oxford bound for Si Wai Hui, who is currently studying A Level Biology, Chemistry and Mathematics. Si has been accepted to study Medicine at Jesus College.

The three students are delighted and say the support at NPTC Group of Colleges and the Sixth Form Academy has been the best.

Matthew said: “I am shocked but so happy to receive this offer from Cambridge. It hasn’t really sunk in yet. I can’t believe that I am being given the chance to do what I love in one of the most prestigious Universities in the world.” 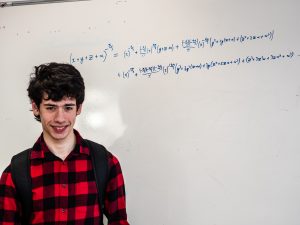 Connor said: “It’s not really sunk in for me yet either. I’ve been watching YouTube videos of life at Cambridge and it still hasn’t clicked that they’ve offered me a place. I had never really thought about applying to University and especially Oxbridge but being involved with the Seren Network opened my eyes to the possibilities. The conferences and support we were able to access really helped me with the application and interview process at Cambridge. Seren is a great way of connecting with people who have similar interests to you and you can share your knowledge and experience with each other.” 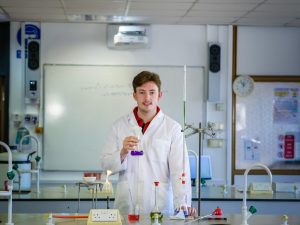 Si Wai said it was a dream come true for him.  Asked what he has most enjoyed during his studies so far at NPTC Group of Colleges, he replied: “The syllabus and going beyond it, thanks to the GATE (Gifted and Talented Excellence) programme. It enabled me to complete a ‘Pre-U’ short course in preparation for University. I was able to improve my research, critical thinking and essay writing skills ahead of the challenging interview process at Oxford.” 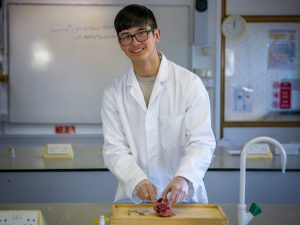 Kelly Fountain, Director of Studies: Sixth Form Academy said: “We are overjoyed with the news that our students have received offers to study at the top universities. All of these students have benefitted from being part of our Gifted and Talented Excellence Programme at Neath College and they are also part of the SEREN Network, which is designed to support Wales’ brightest pupils. The students have worked really hard and participated in numerous stretch and challenge sessions and masterclasses. They have also received expert advice from tutors here within the Sixth Form Academy when applying through the competitive UCAS process. We wish them every success with their forthcoming A Level examinations”.

Click HERE to find out more about of Sixth Form Academy, including our A Level courses and the GATE and Seren Network programmes.