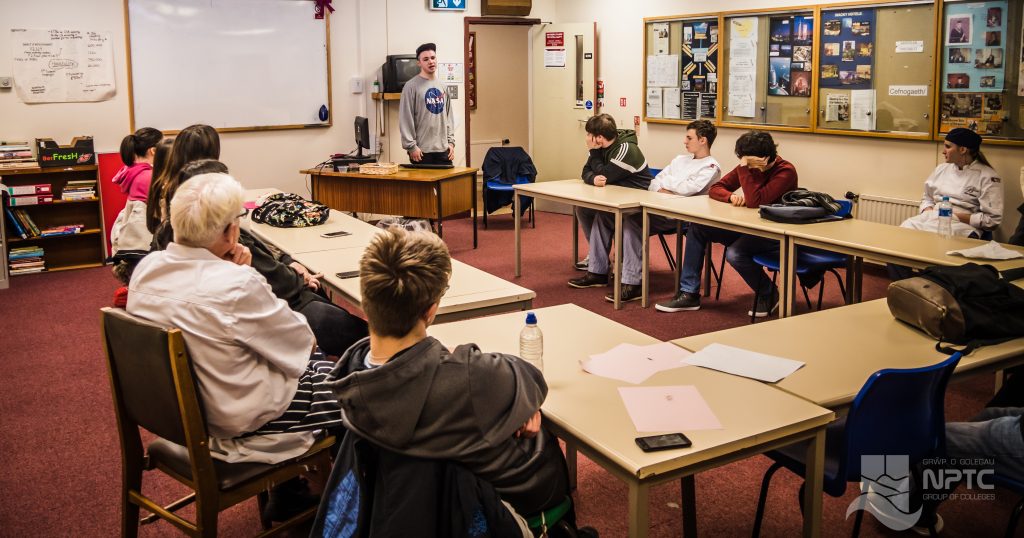 After falling in love with food at the age of 14, Alumni Joshua John began to pursue his dream of becoming one of the best chefs in the world. Now 24, he has come a long way in a decade of indulging his passion for food.

Lecturer Helen Lavercombe said this about Josh: “My aim has always been to guide and support our students to be the best that they can be. During his time on VRQ Level 3 Diploma in Advanced Professional Cookery, Josh was so enthusiastic and keen to learn anything and everything. He had set himself a goal in life and was determined to reach it. I am so proud and delighted that we were able to give him the training and support that he needed to help him on his career journey. Josh has achieved so much since leaving Neath College and we would like to wish him continued success for the future.”

After completing his studies in 2013, Josh has had a whirlwind of a career. His journey started with his first job at Munch of Mumbles. It was this modern European restaurant where Josh found his feet. He worked an average seventy hours a week and did not have the normal social life of an average eighteen-year-old, but Josh wanted to push himself further. He moved to London and applied to work at the One Michelin Star restaurant, Pollen Street Social, owned by renowned chef Jason Atherton. Under his tuition, Josh worked gruelling ninety hour weeks, working incredibly hard to match the phenomenal standard of cooking required at a Michelin Star restaurant. He described this four-month experience as a “baptism of fire” and learned so much working with one of the best chefs in the industry.

The next step was initiated by a business coaction in Swansea, who called him asking if he was interested in an opportunity to work at classic British restaurant, St John, in London. Famous for their offal and ‘nose to tail’ eating, they are 84th in the World’s 50 Best Restaurants. Josh spent two and a half years working a comparatively pleasant forty eight hours per week. He worked his way up from Pastry Chef and into the hot kitchen, all the way to Junior Sous Chef. He was then offered the position of Sous Chef but decided to reject this offer to move onto bigger and better things.

Josh then bagged the chance to work for a year in another amazing restaurant, Agua Cayman, in the Cayman Islands. Josh set off across the Atlantic Ocean in January to begin this once in a lifetime experience.

You can follow Josh on his new adventure here: www.instagram.com/chefjoshy22

PHOTO CAPTION: Josh recounting his journey from college with our hospitality and catering students.