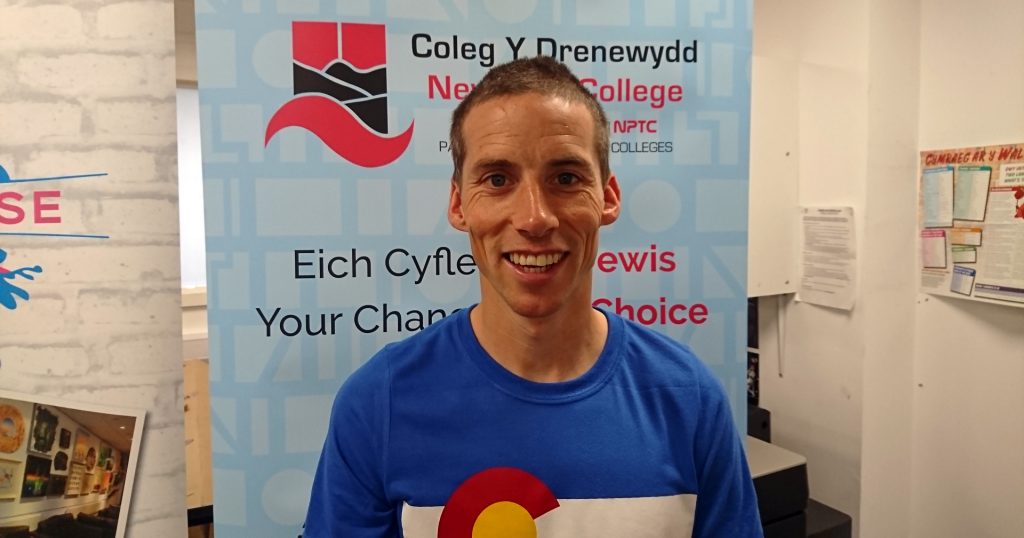 Andrew Davies was in fine form at this year’s London Marathon, finishing the race with a hugely impressive time of 2:15:37!

The Newtown College Sport lecturer was the third Welshman across the finish line, as he placed 26th overall in the race.

It was Andy’s second fastest marathon finish, to add to the list of accolades he has already collected including Commonwealth appearances at the Glasgow and Gold Coast Games and earning gold for Great Britain in the World Masters Mountain Running Championships in Slovenia.

Some eagle eyed viewers may also have spotted Andy on their television screens, as he cunningly got into shot of running legend and race winner Eliud Kipchoge at the start line!

Andy will be heading to Portugal next as he forms a six strong Great Britain team competing in the 46k World Trail Running Championships in June.

Andy said following the race: “I had a fantastic time at the London Marathon, the crowds were immense once again – they never disappoint.

“Personally, I tried to stay with the pacers but they went too fast, so I backed off after 9.5 miles and ran the rest on my own.

“A couple weeks off for some rest and recovery, then a 46km trail race in Portugal in six weeks’ time!”