As another rugby season draws to a close, we look back at the ‘on field’ successes of a trio of up-and-coming rugby stars who have all been capped for Wales U18s in 2018-2019.

You’ll be hearing a lot more about Bradley Roderick, Rhys Thomas and James Fender in the years to come, as all three have just been signed by the Ospreys on B Group contracts and have represented Wales in the recent U18 Six Nations Festival, featuring in matches against England and Italy and an impressive 28-17 victory against the defending champions Scotland.

Neath College Sixth Form Academy student Bradley Roderick was given the added honour of the Wales captaincy for the tournament. The Resolven centre and former pupil of Llangatwg Comprehensive School has also played senior rugby for Aberavon RFC in the Principality Premiership, scoring a sublime try on his debut against Llandovery. He received the prestigious award; NPTC Group of Colleges’ ‘Sportsman of the Year’ at last month’s Sports Awards. 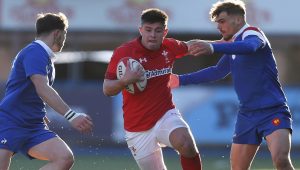 Fellow A Level student Rhys Thomas, who can play in the second row or back row, came through the youth system at his local club Taibach, and along with Bradley and James, has been playing regularly for NPTC Group of Colleges in the Welsh Schools and Colleges League. He has played senior rugby for both Neath and Aberavon in the 2018-2019 campaign. 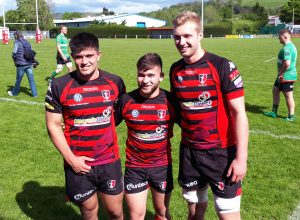 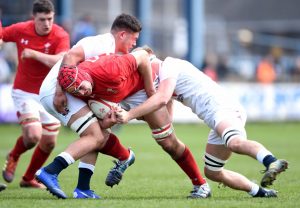 James Fender in action against England

NPTC Group of Colleges’ rugby coach Paul Williams said: “All three have been highly committed players for NPTC Group of Colleges over the past two seasons. It has been a pleasure to have the opportunity to work with these talented, skilful and highly motivated young sportsmen who have a bright future in rugby.”

We’ll be following Brad, Rhys and James’s futures closely and wish them success in their blossoming rugby careers and, of course, their upcoming exams.