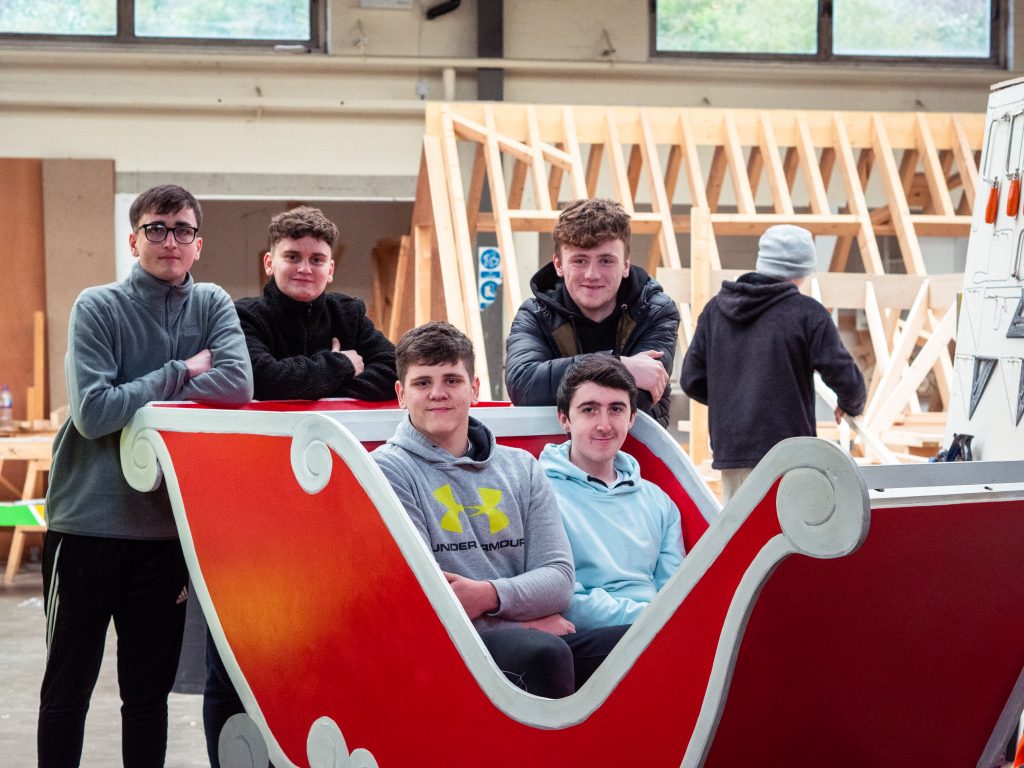 We all know a certain person is very busy at this time of the year, which is why it fell to his helpers from Neath College to build his sleigh ready for the Neath Port Talbot Christmas Parade.

Level 2 Carpentry students and their lecturers used all of their skills in carpentry and painting, plus a little bit of Christmas magic, to make the sleigh that carried Santa and his elves at this year’s Christmas lights switch-on in Neath Town Centre.

The sleigh was kept in a secret location until the night when it was pulled by reindeer that Blitzen and Dancer would have been proud of.  They were joined by The Wave and festive activities including an inflatable grotto and face painting.

Ian Lumsdaine, Head of School: Construction and the Built Environment was delighted to be asked to be involved in the project and said:

“It’s always a fantastic experience for students to work on live projects in order to make them as career-ready as possible, but this one had the extra special Christmas sparkle.  To be chosen to carry Santa for the parade was very exciting as students were able to see all their hard work bring joy to the community of Neath.” 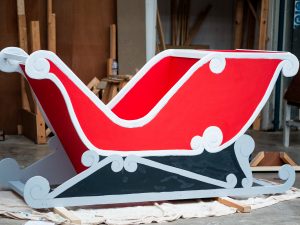