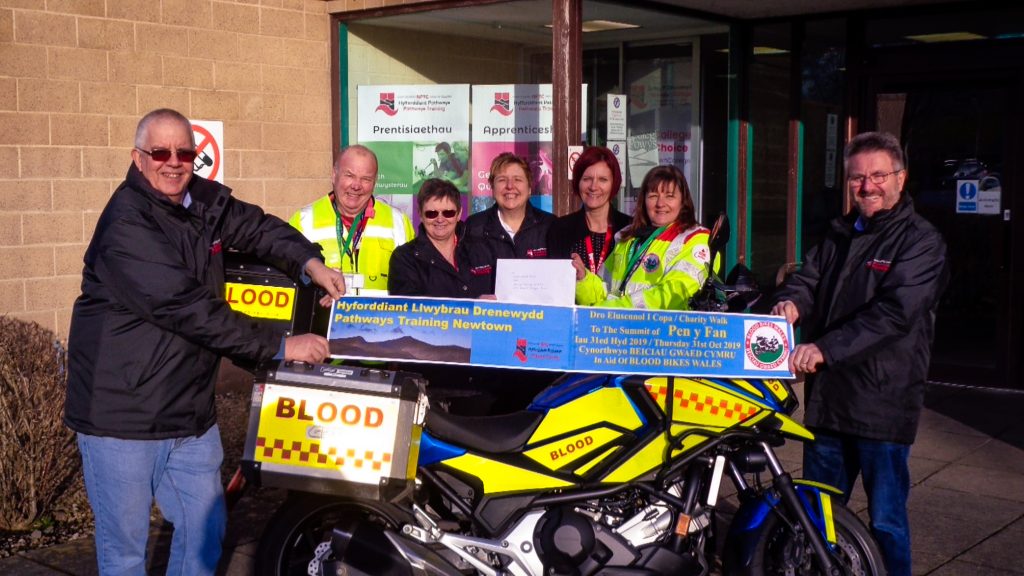 Staff from Newtown College recently battled through bad weather as they faced the highest peak in South Wales raising a fantastic total of £450 for charity.

The Pathways training team from the College took part in the challenge to walk up Pen y Fan mountain in the Brecon Beacons National Park as a part of a team-building exercise, as well as a chance to raise money for the Blood Bikes rapid response charity.

The Blood Bikes are a motorcycle-based charity which use bikes to courier urgent and emergency medical items. On-board the bikes can carry blood, x-rays and drugs. These are transported between both hospital and healthcare facilities. The charity relies largely on volunteers and the kind donations from others.

The staff; Clive Green, Arwyn Jones (former volunteers for Blood Bikes), Pat Walton, Susan Roberts, Suzanne Rowlands and Theresa Mullinder were met with challenges along the way which included wind, heavy rain and poor visibility. Never the less Clive, Arwyn, Pat and Suzanne battled on to the top of the 886-metre peak.

Pat Walton commented ‘Even though we did get soaked from top to bottom it was a great sense of achievement.”