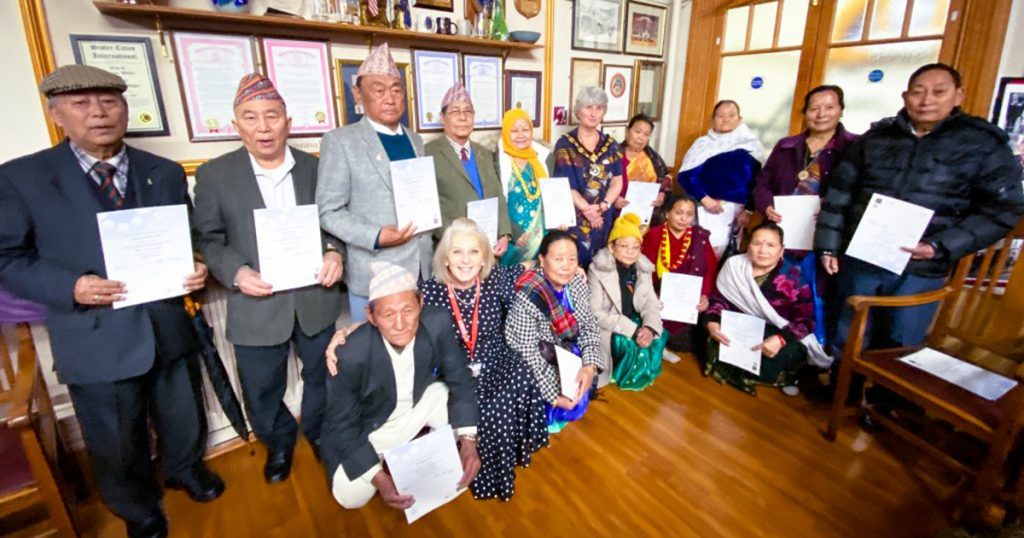 Around 500 Brecon pupils, including students at Brecon Beacons College, took part in the first-anniversary celebration of the twinning between Brecon and Dhampus in Nepal. Last February, a delegation of 23 people from Brecon, including the then Mayor, Councillor Manny Trailor, the Deputy Mayor, Councillor Ann Mathias, five councillors and the Town Clerk Fiona Williams all travelled to Nepal for the twinning ceremony on February 10th 2019.

The students have been attending an ESOL (English for Speakers of Other Languages) class in the community for two years, during this time they have improved their confidence in speaking and developed their reading and writing skills. They have been awarded Agored Cymru certificates covering a range of topics relating to their day to day living skills, such as shopping, asking questions and the weather.

NPTC Group of Colleges has a solid, positive and lengthy relationship with the Nepalese community where ESOL, at all levels, has been delivered to a wide range of learners – ranging from the military to the elder generation. Classes are attended with enthusiasm and lots of smiling faces and continue to flourish.

The morning event held at the Guild Hall, Brecon, decorated with Nepalese artefacts, saw primary schools within Brecon join the event to celebrate the twinning. The celebration saw talks from Major Prem Gurung MB, Captain Gethin Davies and Janice Miller, the CEO of the charity Kidasha talk about her charity work and Hayley Ridge Evans of Brecon Rotary Club.

Jacqui Griffiths ESOL lecturer said: “It’s great how we are a part of the community, it’s a great celebration to be involved with and to be able to congratulate our students for their hard work and dedication.”