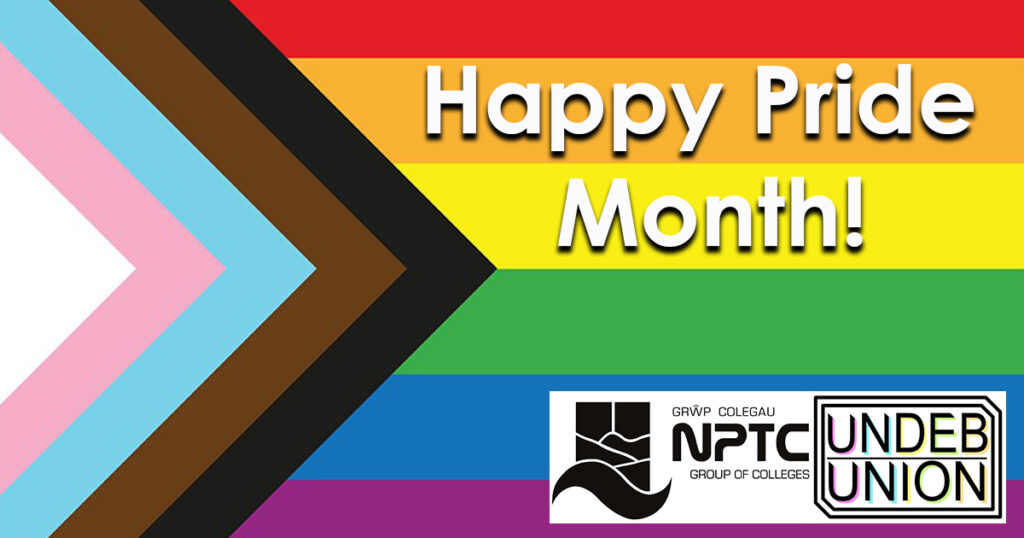 Pride month is an opportunity to promote acceptance, educate on LGBTQ+ history and experiences, raise awareness of current issues facing the LGBTQ+ community, and unite to fight against homophobia, biphobia, and transphobia.

To celebrate, our Student Union will be holding a student Pride event on Thursday 17 June, 1pm – 4.45pm, on Discord (a free voice, video, and text chat app). This event is open to all students, including allies, and will feature:

We are also flying the LGBT Pride rainbow flags across our campuses to signal our support this month.

The month of June was chosen to commemorate the Stonewall Riots against police brutality led by LGBT+ people of colour, which took place in June 1969. As a result, many pride events are held during this month or in surrounding months, to recognize the impact LGBT people have had in the world. Celebrations include pride parades, picnics, parties, workshops, and concerts, and LGBT Pride Month events attract millions of participants globally.

If any students or staff would like advice and guidance in relation to LGBT+ issues, do get in touch.