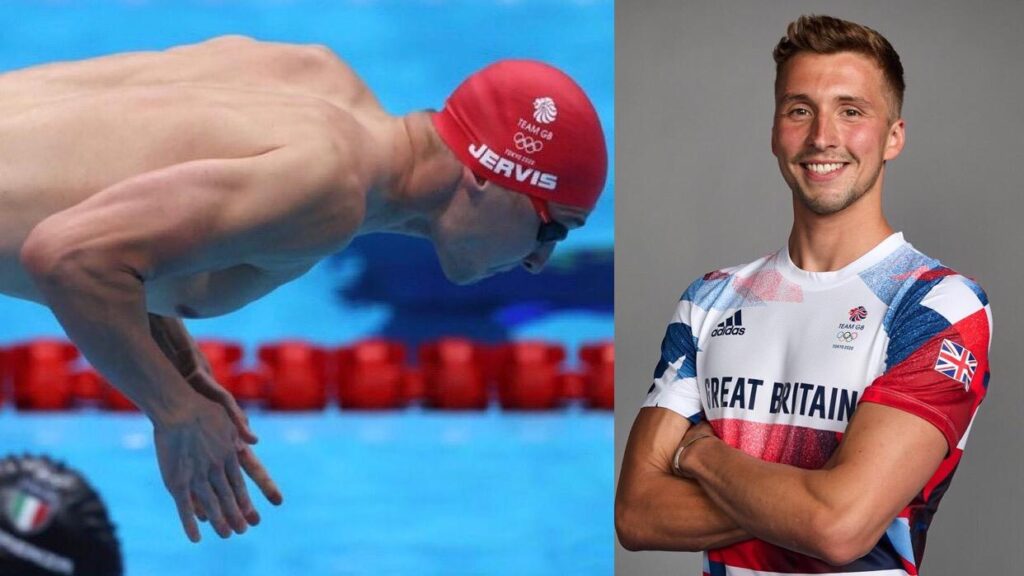 NPTC Group of Colleges alumnus Daniel Jervis reached an Olympic final at his maiden Games this summer in Tokyo. The 25-year-old swimmer from Resolven finished 5th in the final of the 1500-meter freestyle at this summer’s delayed games in Japan.

Jervis, who left NPTC Group of Colleges in 2014 after completing a Level 2 Diploma in Painting and Decorating, took up swimming to keep his grandfather company after he suffered a heart attack. Daniel joined him in the pool and hasn’t looked back since.

Jervis is no stranger to competing at the highest level of Swimming. He competed at his first Commonwealth Games in 2014 within a week of graduating from NPTC Group of Colleges. Daniel finished 3rd in the 1500-meter freestyle at the Glasgow games in 2014. He then went one better at the 2018 Commonwealth Games in the Gold Coast, Australia winning a silver medal again in the 1500-meter freestyle. At the same games, he narrowly missed out on a second medal, finishing a close 4th in the 400-meter freestyle. Daniel also has experience of competing at World and European Championships on several occasions since leaving college.

Jervis when interviewed by the BBC after his final said:

“Yes, I’m part of Team GB and I’m British but I’m a Welshman, I’m very proud to represent Wales in there” referring to the pool behind him.

With the next Olympic Games in Paris only three years away, Daniel is already looking forward to the challenge:

“I’ve had my first Team GB experience now. Yes, Paris in three years’ time, obviously I know it’s not in Great Britain but it’s very much a home Games and I’m praying that this pandemic will be over by then and that fans will be there, in three years’ time I trust the process, I trust that I’m going to be on that podium. I deserve it, I’ll work for it, and I’ll be there.”

Everyone at NPTC Group of Colleges would like to congratulate Daniel on his amazing achievements this summer and wish him the best of luck in the future.

Daniel is part of our prestigious Alumni programme at NPTC Group of Colleges.

Click here to find out more and how to join