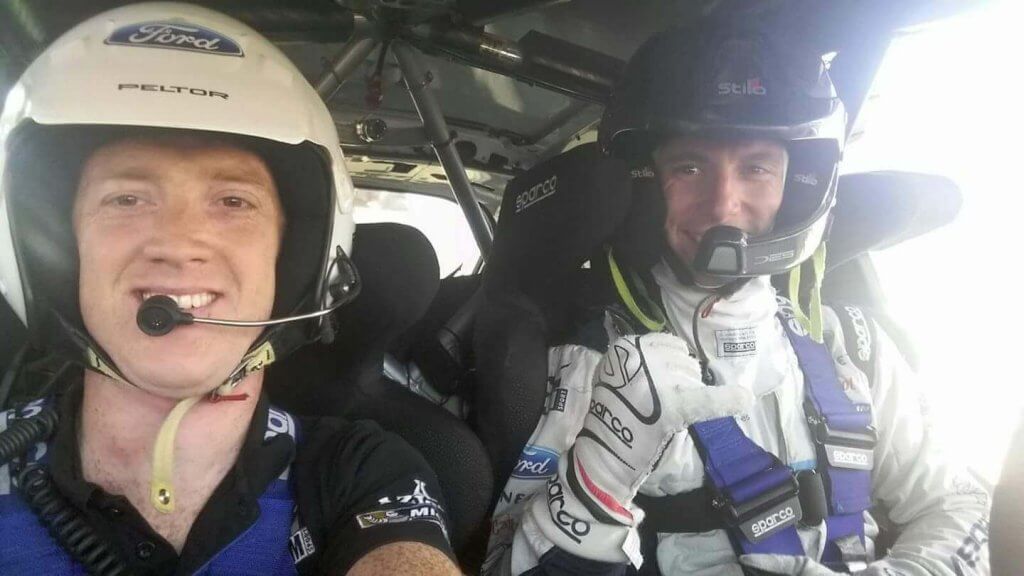 Already in the thick of the 2017 WRC, James is currently working with four-times world champion Sebastian Ogier, and is at present is in the middle of a rebuilding Ogier’s car so that it is ready for the next race in Finland at the end of July 2017.

James, originally from Castle Caereinion, left school at 16 to study Motor Vehicle Maintenance at Newtown College (formally Coleg Powys). From college, he was offered a Ford Apprenticeship at WR Davies, Newtown – a Ford dealership, which led to a full-time job.

James was always an avid follower of motorsport – especially rallying – with a huge passion for cars, and after three years of putting skills learned at College and the workplace into practice he began researching job opportunities for top teams within motorsport, including the Ford World Rally Team based in Cumbria, run by M-Sport Ltd.

James was 21 years old when he took the life-changing decision to pack up everything and move 200 miles north for a week’s trial with M-Sport in 2005. It is a decision he has never regretted.

James’ career has spanned over a decade climbing the ranks of world rallying from junior category cars – car building/technician (Ford Fiesta) to becoming part of the research and development team for Ford Focus / Ford Fiesta.

Today James is in charge of the build and rebuild of the cars, working with suppliers, engineers and drivers to get the best out of the car.

James’ role means travelling to all WRC locations to look after the car. In 2017 there will be 13 rounds across the globe, including Australia, Mexico, Sweden and Poland so he needs to be able to adjust to working in any climate, from 30 degrees in Australia to minus 30 in Sweden.

Working with M-Sport has given James the opportunity to work with some of the sporting greats such as Marcus Gronholm, Mikko Hirvonen, Elfyn Evans as well as Ogier.

M-Sport has around 200 staff at the base in Dovenby, Cumbria, covering a wide variety of job roles such as logistics, design, engineering, fabrication, and transmissions to name just a few. In addition to the work on the WRC programme, M-Sport also builds Bentleys for the GT3 race programme and Ford Focus RallyX cars with Ken Block.

If you love cars and want to pursue a career working as a mechanic then it’s not too late to apply for a full-time course or apprenticeship in motor vehicle maintenance at Newtown College, call 01686 614200 for more information.