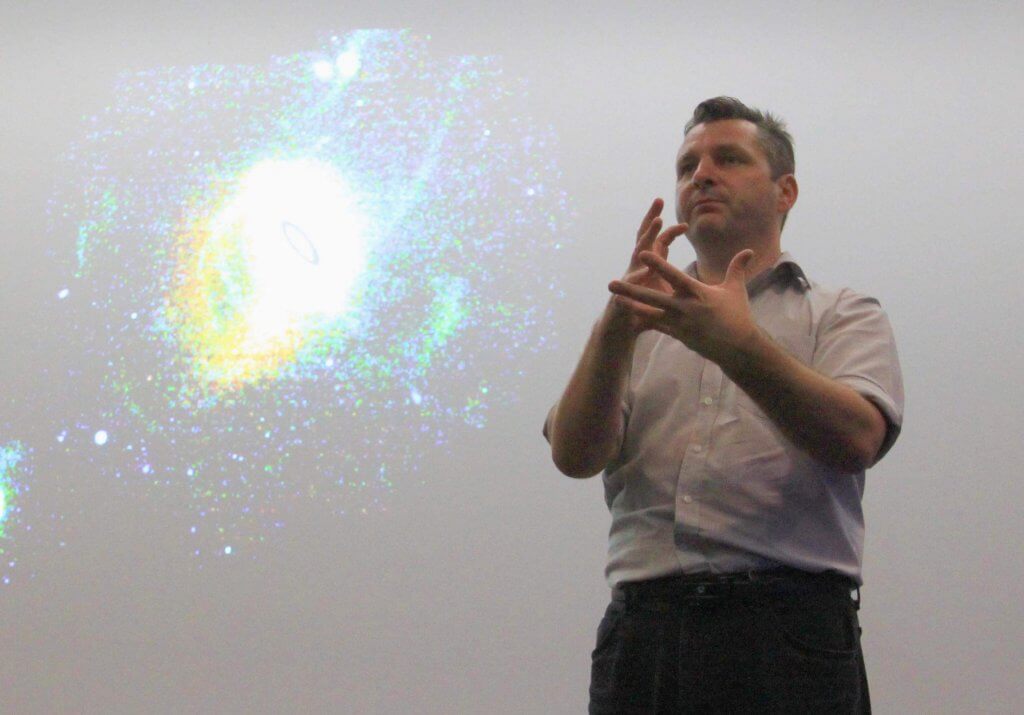 No need to look to the stars this week as Welsh astrophysicist Geraint F. Lewis shared the limelight with over 200 students at the NPTC Group of Colleges’ Annual Graduation Ceremony.

Geraint has been awarded a Fellowship from NPTC Group of Colleges at the annual graduation ceremony which took place in Swansea University’s Great Hall for his outstanding academic contribution to astrophysics.

It’s the 12th ceremony hosted by the College, a fully accredited member of the University of South Wales, Trinity Saint David, Glyndŵr University and Swansea University.

This year the College celebrates ten students graduating with First Class Honours degree: three from Business, Business Management and IT; two from Health and Social Care on the Degree in Care Studies including Linda Bladen and Lowri Morris; and three from the BSc in Computing and IT Degree. On top of this, 18 students gained distinctions in their Foundation Degrees, HNCs, HNDs and PGCE.

Also, degree students received recognition for university level qualifications from AAT and the Institute of Leadership and Management.

Husband and wife, Gemma and Rees Davies, also graduated together from the BSc Childhood Studies and Certificate in Substance Misuse.