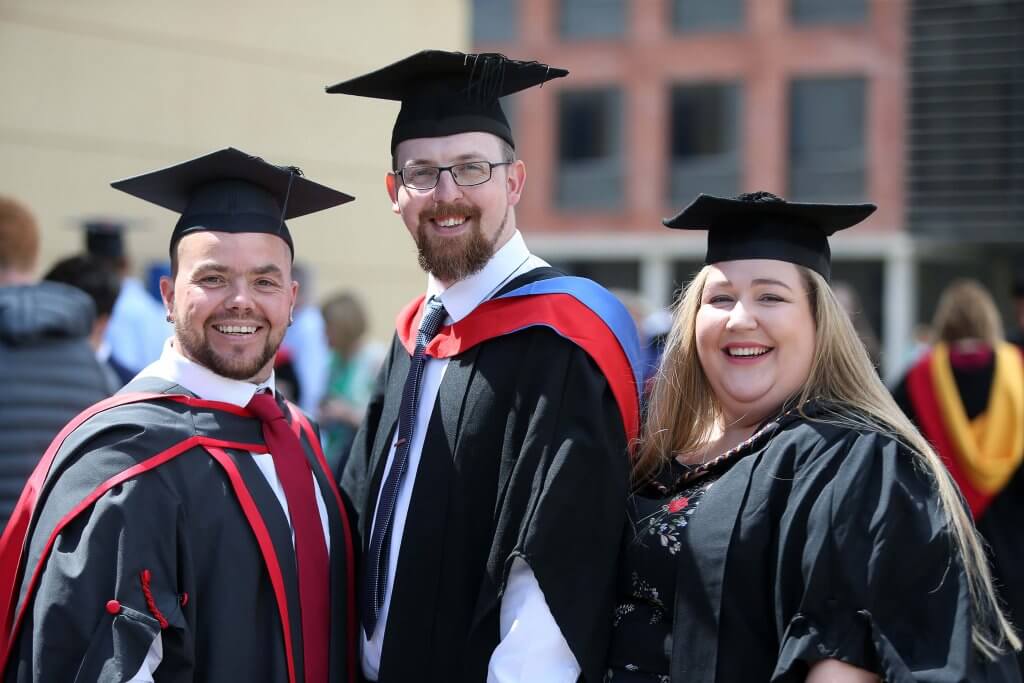 One lady from Port Talbot has a lot to celebrate this year. Janet Llewellyn not only got married but also graduated alongside her new husband and her father at the NPTC Group of Colleges’ Annual Graduation Ceremony.

All three will be continuing onto the top-up year to gain a full degree in their chosen subjects, with both Janet and Steve returning to NPTC Group of Colleges for their final year. Janet’s father, Matthew, will continue his degree in Cardiff.

It was Janet’s decision to return to education that spurred on her finance Steve to do the same thing.  Both working part-time as well as bringing up their son, the determined pair juggled family life and work with their studies, and on top of this, they planned a wedding!

“Juggling everything was full on – but I enjoyed every minute of it. Unfortunately, we set the date of the wedding which coincided with our final exams and assignments, which was very hectic but we worked together to get through and today is another fantastic experience that I get to share with both my husband and father. I’m so proud of them both and couldn’t think of anything better.”

Janet’s extremely proud father went on to say: “ I am immensely proud today, I simply cannot put it into words how proud I am of the pair.”