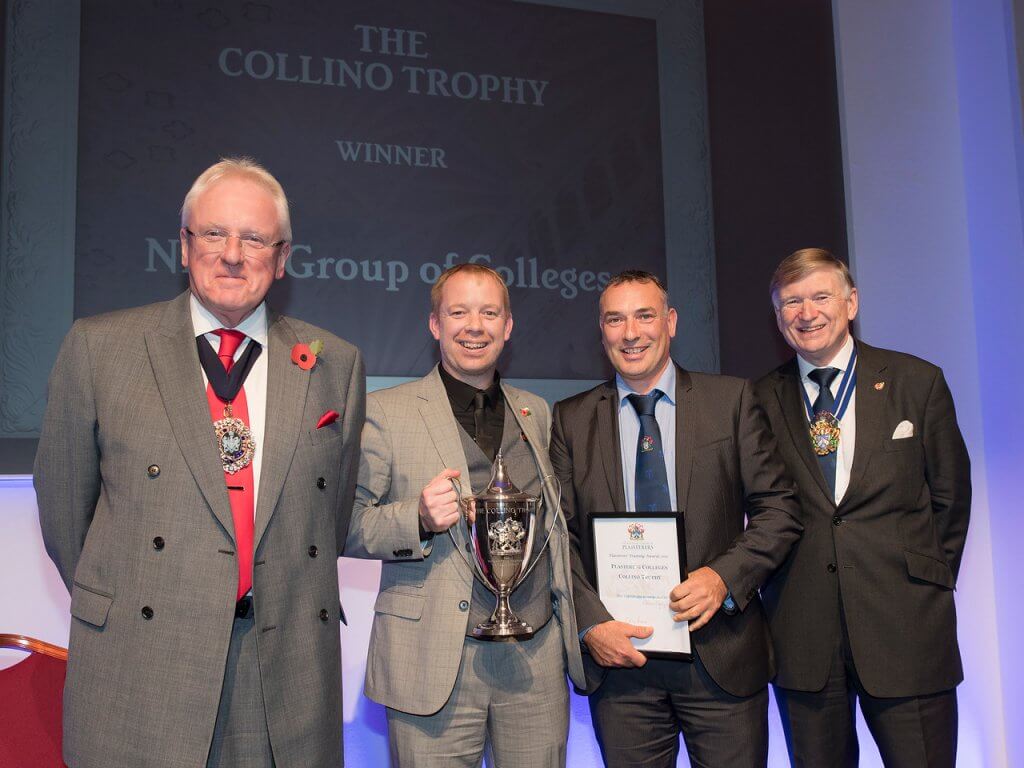 NPTC Group of Colleges has been awarded the coveted Collino Trophy by the Master and Wardens of the Worshipful Company of Plaisterers for having the highest percentage of students who achieved Level 2 National Vocational Qualifications recently.

The College’s plastering department has a long history of achieving such high standards from the Worshipful Company of Plaisterers, winning the Collino Trophy once before, winning the Hammer Trophy and being named the Best Plastering Department in the UK a record two times as well as the best team in Wales – an amazing five times in the past six years.

The 19th Annual Plaisterers’ Training Awards were held at Plaisterers’ Hall in the City of London last week attended by an audience representing a wide cross-section of the plastering and dry-lining trade, Training Colleges, Independent Training Providers, City Livery Companies with particular links to construction trades and other organisations actively involved in construction skills training.

The Awards were presented by The Rt. Hon. the Lord Mayor of the City of London, Alderman Dr Andrew Parmley.

Ian Lumsdaine, Head of School for Construction and the Built Environment, attended the launch said:

“I’m absolutely delighted that once again the College’s plastering department has been recognised for its outstanding contribution to its students.  To receive the Collino Trophy is testimony to the dedication of the staff and students.”