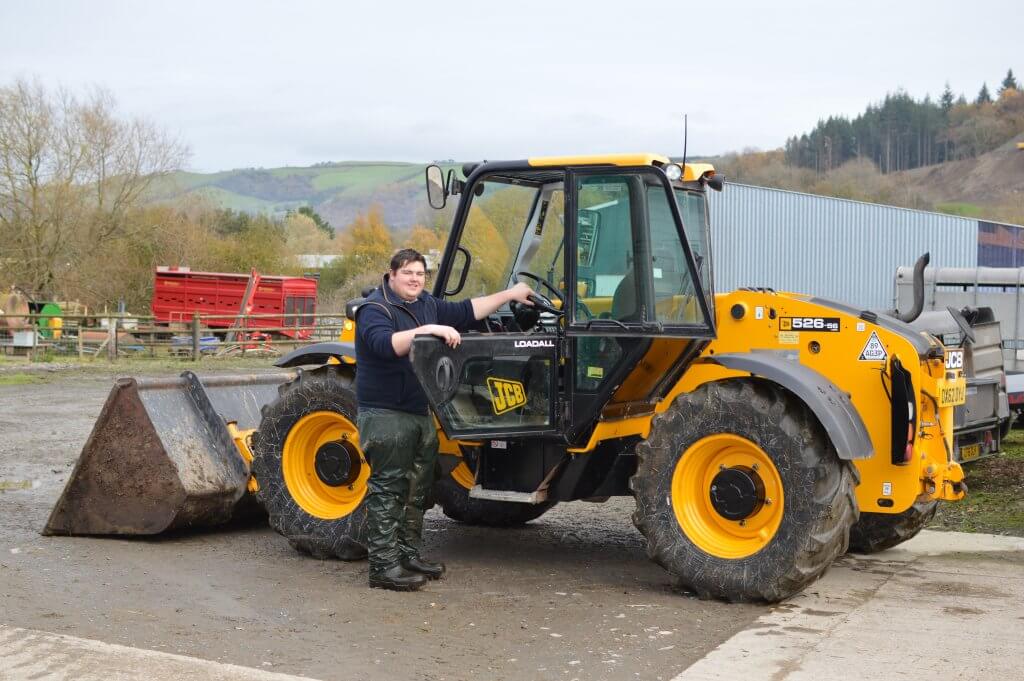 NPTC Group of Colleges would like to say a huge congratulations to our Agriculture student Eifion Jones, who has been named Lantra Young Person Land-Based Learner of the Year!

Newtown College student Eifion received the award at the recent Winter Fair at the Royal Welsh Showground, having impressed judges with his hard work combining his studies whilst working on the family beef and sheep farm in Llangadfan, Powys.

As well as this, he even owns his own successful welding and fabrication business, SEJ Engineering!

First staged in 1990, the Winter Fair is now firmly established as one of the most popular attractions on the British agricultural show calendar. Leading stockmen from all over the UK compete for the top accolades in the competitions running throughout the two-day event.

Away from the judging rings the very best of Welsh food producers showcased their produce along with hundreds of trade stands, demonstrations and exhibitions.

Alongside the competitions are the Lantra Land-based Learner of the Year Awards, which were first launched in 1992 and are sponsored by industry bodies including the FUW, Natural Resources Wales, Farming Connect and NFU Cymru.

Eifion was presented with his award by Lesley Griffiths AM (Cabinet Secretary for Energy, Planning and Rural Affairs) at a special ceremony, who congratulated all the winners and lauded their achievements, saying she was particularly encouraged that many farmers now consider increasing their business management and financial skills as important as gaining new technical and practical skills.

Eifion was delighted to win the award, and said: “It was an honour and a privilege to have received this award and I’m very grateful to the College for supporting my nomination.”

Deputy Head of the School of Catering, Hospitality and Agriculture, Martin Watkin added: “Eifion is an excellent ambassador for the future generation to enter the industry and already has a firm grasp of the entrepreneurial and financial skills which will be so important going forward.”

You can find out more about our Agricultural courses HERE.