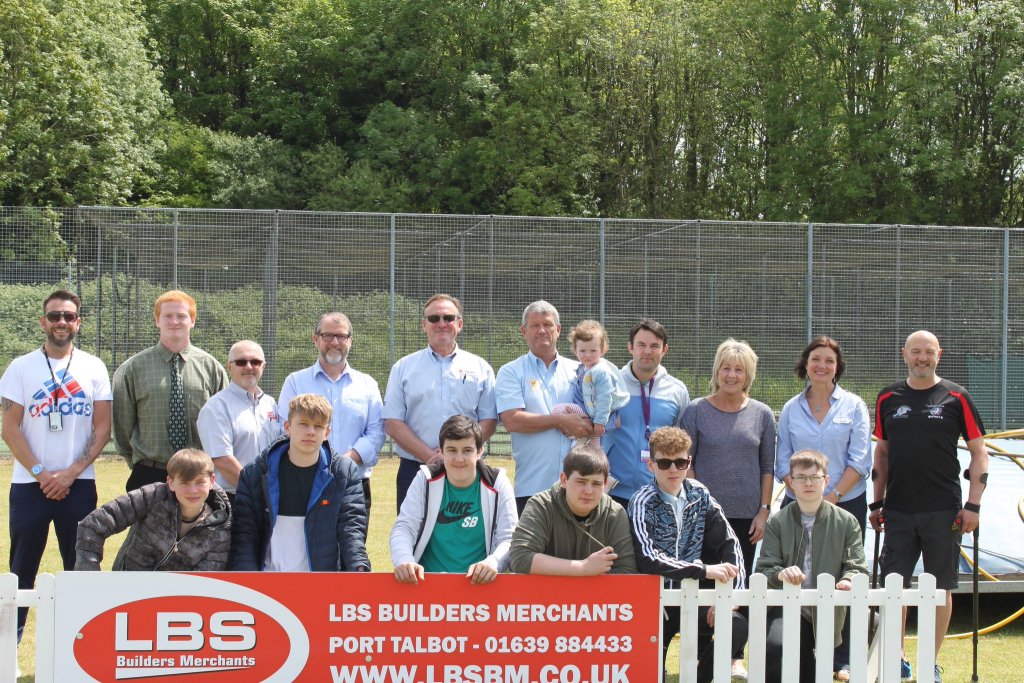 Port Talbot Cricket Club now has a set of gleaming white picket fences thanks to the support of Neath College lecturer Paul Davies and students along with pupils from Ysgol Bae Baglan.

Under the watchful eye of Paul, the pupils worked hard to create the fences on the days they spend at the Unit 10 Community Carpentry Workshop in Addison Road, Sandfields. They also attended Neath College where the first and second year carpentry and painting and decorating students gave a helping hand.

Unit 10 is funded by Addysg Oedolion Cymru (Adult Learning Wales) – the independent voluntary adult education which aims to promote active citizenship and skills development and top-quality learning across the whole of Wales.

Its objective is to provide workshop-based training focused on woodworking to help young people build their confidence and take a step towards the world of work. The pupils, aged 15 to 16, made the fences as part of their resistant materials lessons at Ysgol Bae Baglan; it was a project which was overseen by Paul.

The Port Talbot branch of national building suppliers LBS also became involved and paid for all the materials – even down to the nails.

Chairman of Port Talbot Cricket Club, Mark Jones, said: It was only through a chance conversation with Paul that the project got underway.

“Following that conversation with Paul, everything came together, and we are delighted with the outcome. The Club would like to thank everyone involved for their support.”