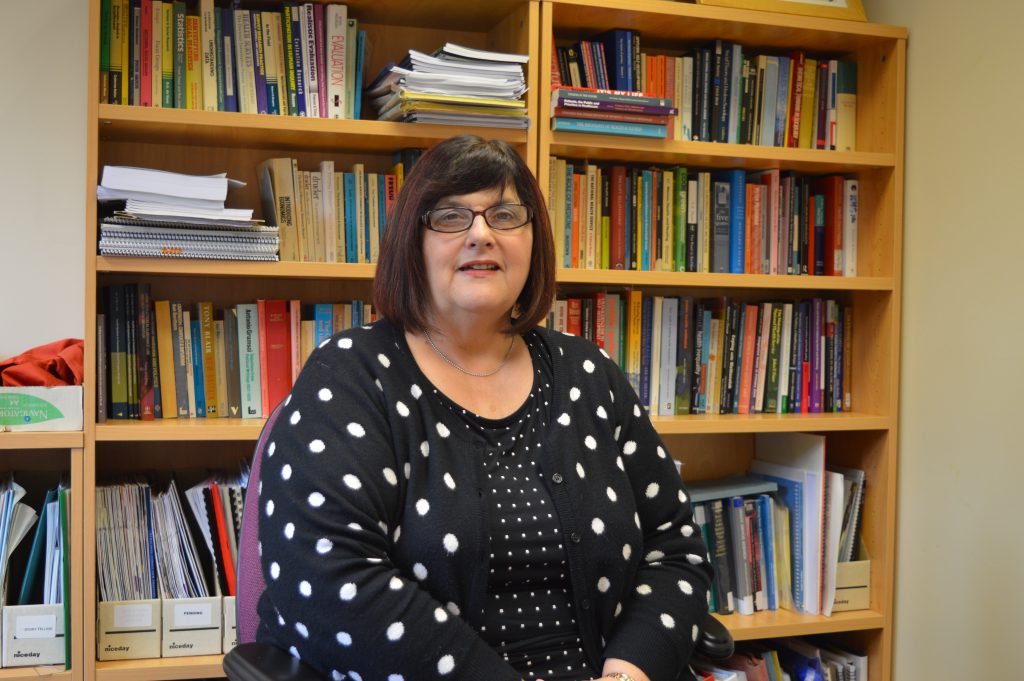 It’s been quite a year for NPTC Group of Colleges’ Corporation Board Member Professor Donna Mead. As well as being appointed as the new chair of Velindre NHS Trust in Cardiff earlier this year, her dedication to her profession has been rewarded, as she was also named as one of the top 70 most influential nurses in the last 70 years of the NHS.

As the NHS celebrated its 70th birthday this summer, The Nursing Standard published a special edition as part of its 70 NHS years: ‘a celebration of 70 influential nurses and midwives from 1948 to 2018’, which recognises the work of nurses and midwives across the country who have contributed to its success. Professor Mead who is also a registered nurse, with more than 40 years’ service in the NHS and education was one of 70 named in the publication.

Professor Mead was awarded an OBE in the 2009 New Year honours list and her academic credentials speak for themselves.

Her career started at Merthyr School of Nursing in the 1980’s and her achievements since then have been many. They include writing and delivering the first undergraduate nursing degree programme at Swansea University, obtaining funding to develop a Master’s Degree in Disaster Nursing, being awarded a PhD and becoming Professor of Nursing at the University of Glamorgan; receiving an Honorary Doctorate of Science from Swansea University, and writing a RCN Wales strategy on The Future of Nurse Education, which was published in 2016.

In an article in Nurse Researcher Journal she once explained how apparently insoluble, patient problems fired her interest in nursing research.  ‘I approach each research question with an open mind about how to go about investigating it,’ she said.

Professor Mead has also been an independent member in several NHS organisations as well as being a governor and Chair of the Audit Committee at NPTC Group of Colleges, she is also a trustee of St John (Cymru) Wales.