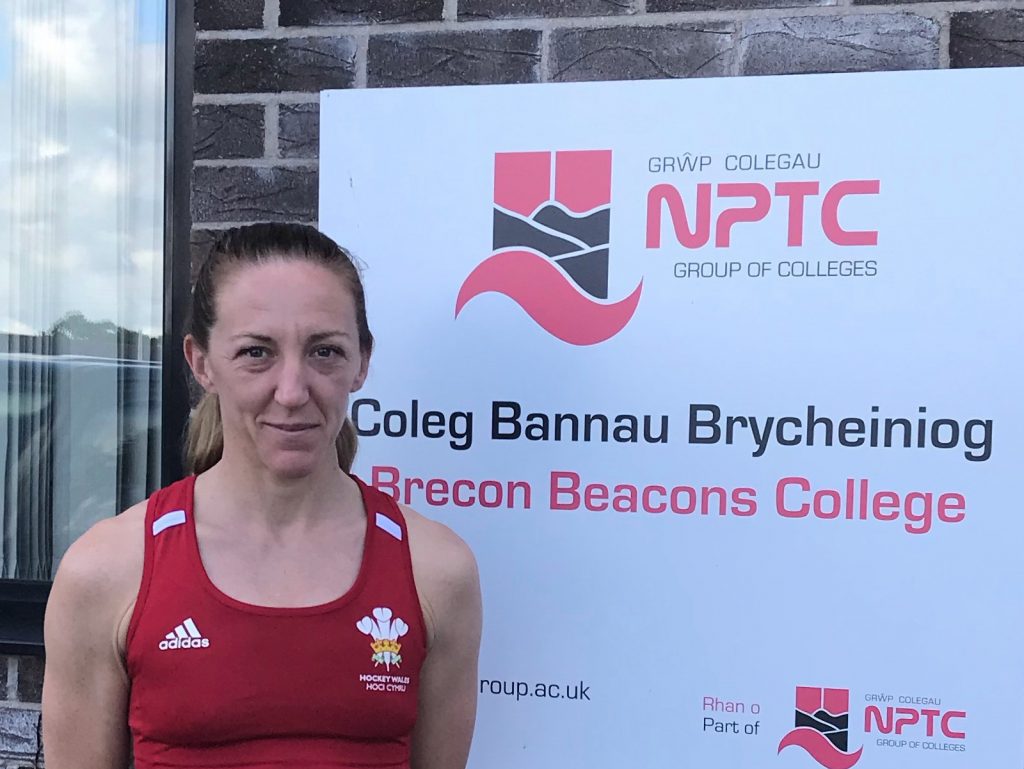 Congratulations to Rhian Davies, who has been selected to represent Wales this summer at the European Masters Hockey Tournament in Rotterdam.

The Brecon Beacons College Sports Lecturer is part of a 20 strong squad heading to the Netherlands in July, after impressing at two trial sessions in the squad selection process.

Rhian made the cut for the Welsh 35+ side, as the trials were whittled down from 70 to 20 players before making the final 17.

Rhian’s team face two UK matches in preparation for the tournament, taking on a combined services side and another home nation’s team who will be joining them on the plane to Rotterdam.

Wales kick off the competition against Spain, before taking on the likes of Germany, England and hosts Netherlands.

Rhian has enjoyed a successful hockey career to date, representing Welsh Colleges as well as Luctonians, Whitchurch Saints and Gwernyfed Hockey Club, where she was voted ‘Away Player of The Year’ for the Division 3 side.

Rhian’s immediate challenge is to prepare for the competition along with raising funds to cover the cost of the tournament expenses which includes the purchase of the home and away kits and necessary equipment. If you would like to help support Rhian please visit https://www.justgiving.com/crowdfunding/rhian-davies-2

NPTC Group of Colleges wishes Rhian and the Wales teams the best of luck this summer!