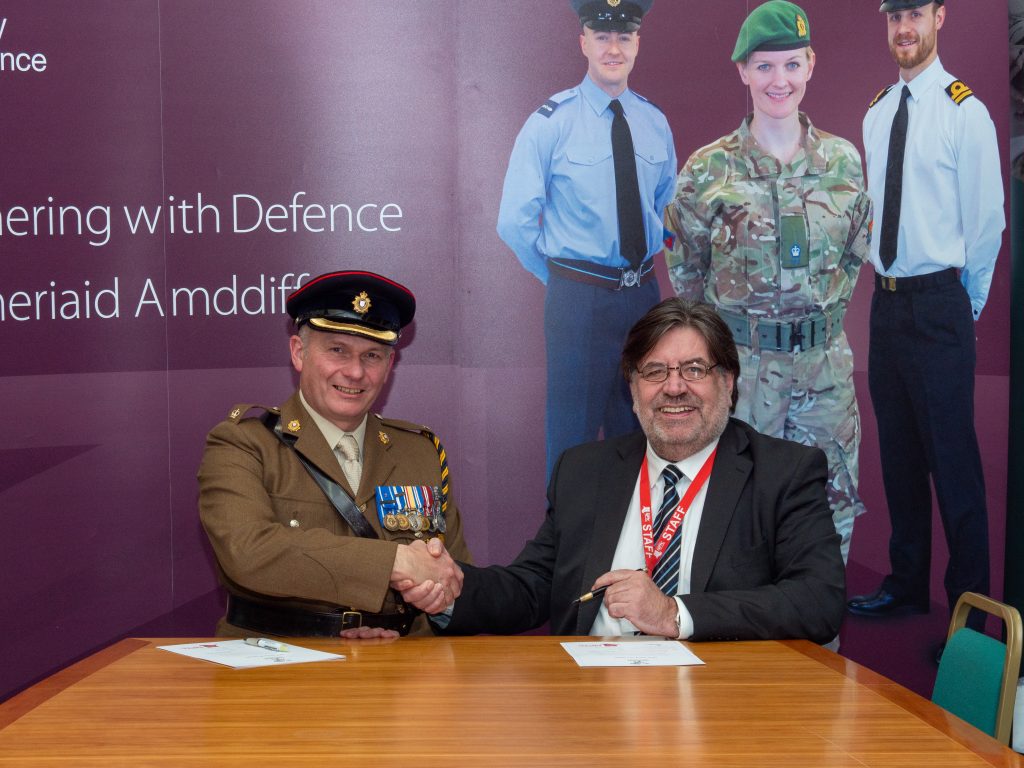 Principal and Chief Executive Officer, Mark Dacey, signed the formal declaration to demonstrate the College’s commitment to all members of the armed forces.

The Armed Forces Covenant is a national commitment to recognise those who have performed military duty, including servicemen and women, veterans and their families, demonstrating the value of their contribution.

The Covenant works to ensure all members of the armed forces receive equal support and access to services including healthcare, financial services, employment opportunities and education as any other citizen.

Already, more than 4000 businesses and charities have pledged their commitment by signing the Armed Forces Covenant, and that number continues to grow.

The formal signing of the Covenant took place between Mark Dacey and Major Peter Harrison, of 157 Regiment Swansea at Neath College, pledging how the College will demonstrate its support to the armed forces including promoting the College as an armed-forces friendly organisation, seeking to support the employment of veterans young and old and working with the Career Transition Partnership (CTP) to establish a tailored employment pathway.

Mark Dacey said: “This agreement is a pledge that together we acknowledge and understand that those who serve or who have served in the armed forces, and their families, should be treated with fairness and respect in the communities, economy and society. The College already offers its own Combined Cadet Force for students and will continue to offer support to our local cadets, either in the community or in local schools.”