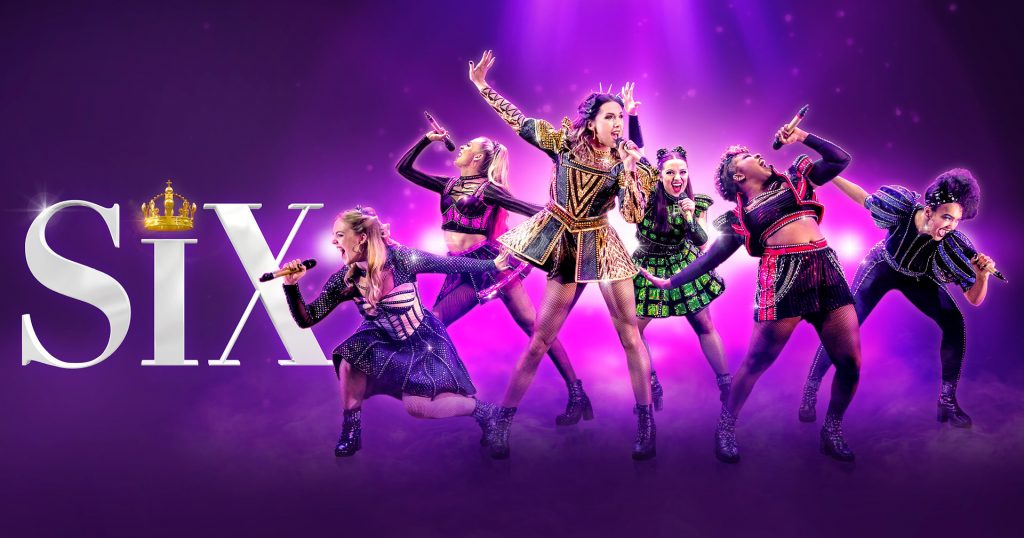 Former student Lauren Drew has returned to Wales for a musical telling the tale of Henry VIII’s wives – SIX.  The Performing Arts Alumni from NPTC Group of Colleges spoke to the Western Mail recently, here’s what she had to say:

Q: When/how did you discover your love of performing?

A: I started off as a freestyle disco dancer and once I got to the biggest title I could get to, which is ‘Champ of Champs’, I moved on to singing and acting. I played my first ever role as Sandy in Grease in Year 6, which was a bit different, and when I went to secondary school I played a couple of leads and really found a love for it there – I did a Drama & Music GCSE. Then I went to NPTC Group of Colleges and did a BTEC Diploma in Performing Arts there. Whilst there I got to do quite a lot of shows and play a lot of leading roles, which taught me a lot and really hit home for me how much I loved it and that it was my calling. It’s what I wanted to do and what I was best at. My first ever West End job was in Kinky Boots as cover Nicola – being on the West End was a dream come true.

Q: What can audiences expect from SIX?

A: The audiences can expect a lot of fun, high energy and education. We’ve actually thought that it should be a part of the current school curriculum because I learnt a lot more about Henry VIII’s six wives by doing SIX than I ever did in school.

Q: You play Catherine of Aragon; can you describe her character in six words?

A: Catherine of Aragon is very typically sassy. She is very strong, she’s independent, witty, self-assured and dedicated.

Q: Which of the queens is most like yourself?

A: Probably Aragon – because of the way I have portrayed her, I have tried to inject myself into her, so there is obviously an element of me in there. But probably also Anne Boleyn – she’s a little bit crazy, which is probably a bit more like me. The whole point of the show, and the direction that we were given, is that we are to come from a place of truth and from a place of us – so that [our characters are] an extended egotistical version of yourself – which is why I’ve decided to play Aragon a little bit different to how she’s usually played because I’m different to the girls that have usually played her.

Q: Are you looking forward to performing the show to a Welsh audience?

A: I can’t wait to perform the show to Welsh audiences. I’ve done Cardiff New Theatre before which was insane, and I thoroughly enjoyed it. But this is a bigger venue, I’ve never done the Wales Millennium Centre before, so I’m extremely excited for the audiences there to see us, and I know that they’re going to give us amazing energy to feed off while we do the show. I’ve got lots of friends and family coming, and what is amazing is that – my grandmother can’t travel – so for her to be able to see me in Cardiff is honestly incredibly special.

Q: SIX has become something of a phenomenon, was it daunting taking the show on?

A: Yes, it has become a phenomenon. Daunting isn’t the word, I was very excited to take on SIX – I’d already had the big fandom experience with Heathers, and there are quite similar fans between the two shows- so I’d already kind of had a taste, which was quite nice. I was able to slowly bleed into that. But yes, I was incredibly excited because this show is so up my street.

Q: What do you think it is that makes SIX so popular with audiences?

A: I think this is because SIX is so current and relevant. What I love about it is the message that the show sends – especially with social media, and television programmes that we all now watch, and Instagram and filters and with all of the other things that take up so much of our time, I think it’s very easy to become a bit of a keyboard warrior, and quite insecure and not really comfortable in your own skin – and that’s quite unfortunate – which is the downside of now. SIX has a very good message that we shouldn’t compare ourselves to one another; embrace who you are, embrace your individuality and celebrate it. Because there is only one of you, so you be the best version of yourself and try not to be anyone else.

Q: You and the other queens are on stage together for the whole of the show, what’s it been like working with them?

A: It’s really special – it’s a really wonderful thing when you meet a group of people that you know you have to go on a very long journey with, and then you know in the first week that it’s just going to work! We have such a wonderful balance of energies and personalities in the cast. Being on stage with them is such an empowering thing! There’s not just six of us, there’s a full band on stage as well – and we’re all female, and it’s so incredibly rare that you see that in a show.