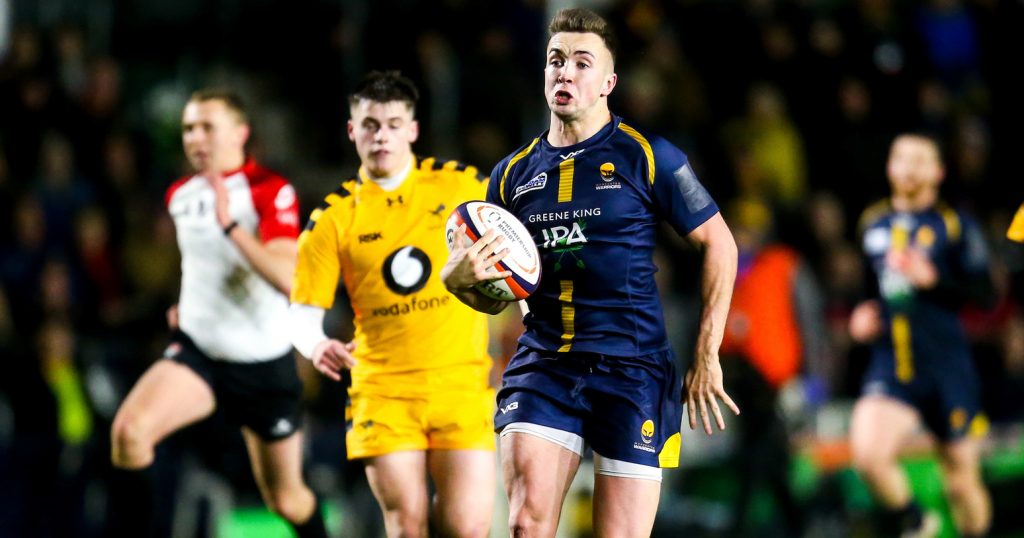 NPTC Group of Colleges Alumni and Worcester Warriors outside half Luke Scully has been named in the Wales Under 20s squad for the 2020 Six Nations.

The former Sixth Form Academy student who hails from Banwen is set to make his Wales U20s debut in the Six Nations opener against Italy at the ZipWorld Stadium in Colwyn Bay tonight, after having missed out because of injury in 2019.

Built in the mould of an Owen Farrell or Dan Biggar, whom he cites among his role models, Scully started as an inside-centre playing junior rugby for home town Banwen RFC before assuming the No.10 jersey at the age of 13 while playing for Neath Athletic.

Whilst studying A Level Law, History and Economics at Neath College, Scully captained the College’s First XV for the 2017/2018 season and was involved with the Ospreys Academy before Worcester contacted him: “I got through trials for the Ospreys before playing U16s and U18s for them and then representing Wales U18s, but I had interest from a couple of clubs in England,” Luke explained. “I wanted to move away from home. You’re taking yourself out of your comfort zone a bit.”

Since joining the Warriors in the summer of 2018, Scully has featured in two Premiership Rugby Sevens tournaments and has gained valuable senior experience with Hartpury in the Greene King IPA Championship.

“Luke was a player with us for a two years. During that time he was a dedicated, driven and talented student. He played in nearly every league game for us, delivering some excellent performances both individually and part of the team. Luke was a pleasure to work with and highly motivated to succeed.”

Luke is joined in the Under 20s squad by fellow members of the NPTC Group of Colleges family; Rhys Thomas, Bradley Roderick and James Fender, who we have featured previously here.

“As a College, we are highly delighted and proud of their rugby achievements; the students receive opportunities to study within our broad range of curriculum area. This runs alongside a quality rugby development programme in the NPTC Group Academy rugby within our sector-leading facilities at LLandarcy Academy of Sport. We look forward to watching their progression at club, regional and international level.”

Luke, Bradley and James have all been named in the 23 man squad for the Six Nations opener against Italy and you can catch all the action live on S4C from 7:20pm.