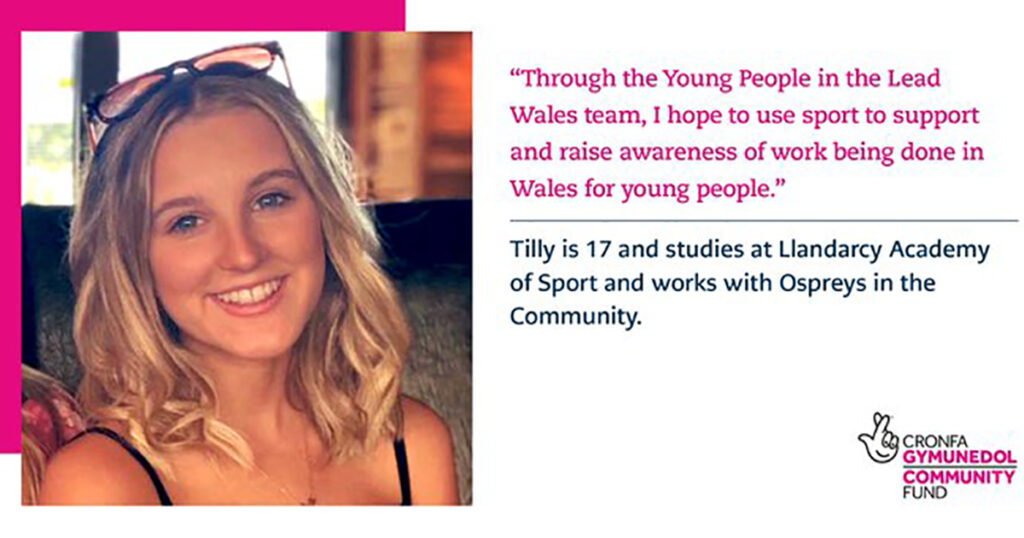 Tilly Davies, a Level 3 Sports Student from NPTC Group of Colleges has been asked to join the Young People in the Lead Wales advisory panel, in partnership with the National Lottery Community Fund.

Tilly who is 17 years old, studies Sport at Llandarcy Academy of Sport and currently works with Ospreys in the Community supporting the community through rugby and other sports, particularly through the ‘TACKLE’ project which is a ground-breaking joint project between the four pro teams in Wales and PRW. The scheme aims to support 14-16-year-olds in developing new skills so that they are ready to gain employment or enter further education post-school.

Tilly, who also is part of the Netball Academy at Llandarcy, hopes to go to university after College. She was delighted with the appointment, and said:

“Through the Young People in the Lead Wales team, I hope to use sport to support and raise awareness of work being done in Wales for young people.”