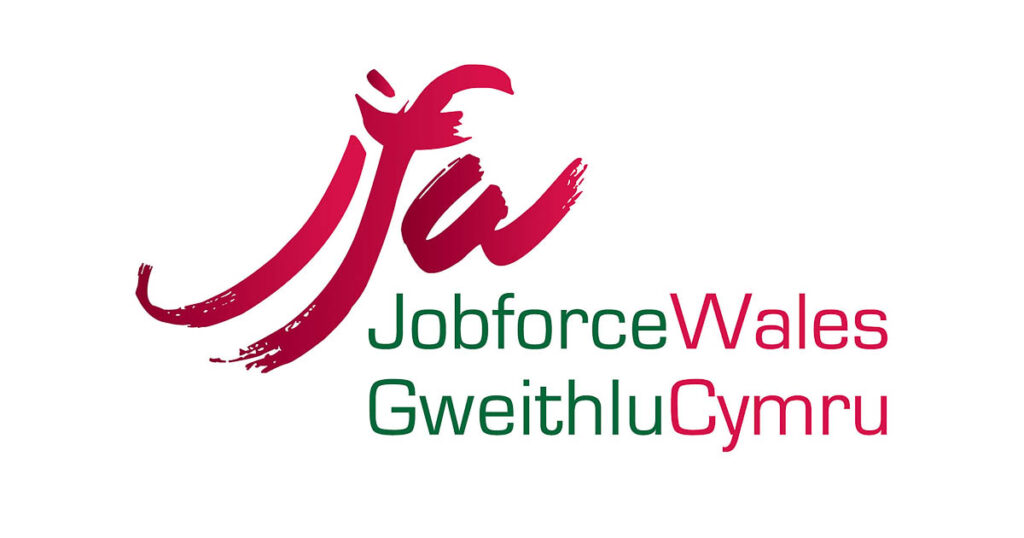 Jobforce Wales (GVCE Ltd) is a private training provider sector organisation Set up in 1985 to support individuals and businesses in Carmarthenshire.  In 2011, the company became a subsidiary of NPTC Group of Colleges.

It is a partner within the Skills Academy Wales consortia (there are a total of eight partners).  The consortia operate a single contract from Welsh Government to deliver Work-Based Learning programmes across a range of sectors, throughout South, Mid and North Wales.

For National Apprenticeship Week we are showcasing the stories of some of our successful apprentices.

Ruby Williams has just completed her Level 3 CCLD (Child Care and Learning Development) with Jobforce Wales and was employed as a Childcare Assistant at Forge Fach Day Nursery in Swansea.

Ruby left school at 16 as she found that she did not work well in a school environment. However, after finding a job in the childcare sector, she was able to enrol on the Childcare Apprenticeship and study whilst in work. She produced assignments based on her Childcare Assistant role and she was also assessed on the practical elements and competency within her work role.

Having left school without her Maths qualification, she was also able to gain her Level 2 Application of Number Certificate (Equivalent to a C in Maths) whilst on the Apprenticeship. Revision material and sample papers were provided for her to revise, with support from her assessor, and having this qualification has opened up more opportunities for her.

Ruby was able to successfully complete the Level 3 framework even through the Coronavirus lockdown, as the final observations were captured through the Nursery Manager, providing Witness Testimonies of the excellent work Ruby had been doing at the nursery, as well as documenting the specific duties required to show competence. Ruby and her assessor also held regular discussions and reviews remotely, where SMART targets would be set and written work or products were scanned and emailed. Ruby was always aware that her assessor could be contacted via email, text or phone if she had any problems or questions about the course and the targets set.

Ruby is now using these qualifications to progress in her education and was accepted onto the Access to Healthcare course, which she has now started, with the aim of attending university and pursuing a career in nursing. She has interviews lined up over the next couple of weeks to be accepted on the BSC in Adult Nursing.

Ruby is an excellent example of how there are different options for gaining qualifications.  The traditional route does not suit everyone and Ruby has shown that learning through a more practical route, in a role that she enjoyed, encouraged her to learn and see her full potential. She has learnt the skills to manage her time, to produce well-written assignments, the ability to research and put into practice what she has learnt in real-life situations, as well as gaining valuable work experience. This way of learning has also built Ruby’s confidence and belief in her ability. These are skills that she will now use to gain her degree and progress her career further.

Ruby explained the impact the apprenticeship had had on her life:

“I left school halfway through year 11 and didn’t have many GCSEs needed to follow a normal path of college and then university. I started researching ways in which to further my education without first going to college. I entered into an Apprenticeship for NVQ Level 3 in Childcare and I chose this to gain more experience and achieve a qualification in something I was interested in.

The experience and qualification I had gained from doing the Apprenticeship has now allowed me to go on further to study at college, to do an Access to Healthcare course whilst also undergoing interviews for universities to study Adult Nursing.

The opportunity to learn and work simultaneously was daunting at first, but the support and help from Jobforce Wales and my assessor soon put me at ease. Doing an Apprenticeship helps give you hands-on work experience, a chance to gain a qualification and get paid for doing it! Whilst also doing my Apprenticeship, I gained a qualification in Numeracy that helped me get accepted into college to study further. Not only did I get support from my main qualification but I also got support in furthering my learning in other areas such as my numeracy skills. ‘’

Owen and Marie started with JFW by undertaking the Level 2 Hospitality Framework in Food Production & Cooking, which they completed, and then progressed on to the Level 3 Diploma in Hospitality Supervision and Leadership Framework.

Both Marie and Owen were due to complete their Level 3 qualifications in May 2020 and had been on target to achieve by early April 2020.  Unfortunately, the Coronavirus national lockdown was announced in March and they were both furloughed from April.

However, despite the lockdown, furlough, having to carry out homeschooling with their children and Owen’s wife having a baby, they both wanted to complete their Level 3 qualifications. They were set SMART targets and given regular guidance from their assessor via Zoom, emails and phone calls, to support them to achieve. They completed witness testimonies to finalise units within their NVQ and, in between the lockdown restrictions, attended our JFW Centre to complete controlled assessments and testing. They both successfully achieved their NVQ Level 3 qualifications.

Nirmala has recently achieved her Level 2 Hospitality and Catering framework with Jobforce Wales. As part of this framework, she has also achieved Level 1 in Application of Number and Communication.

Nirmala has been employed as a Catering Assistant at the Glangarnant Care Home in Ammanford for approximately three years.  She is a key worker, assisting in the preparation and cooking of the fresh meals, serving them to the care home residents.

When Nirmala first came to Jobforce Wales, she informed us that English was her second language and that she was an ESOL learner, attending weekly English classes at the Ammanford Learning Centre, in order to improve her spoken and written English.

Nirmala started by completing the ESOL WEST Assessment and her assessor showed her how to use the English resources by logging in to WEST at home, which she did after work or on her days off, to help her with the qualification. Nirmala made good use of these online resources and, as she was also homeschooling her son, she even shared them with family members to help improve their English skills and learn together. Nirmala did not have any previous qualifications but was keen to learn and improve.

The units for her qualification were tailored to her job role and, with regular planned monthly meetings, Nirmala progressed well with her written work and observations were regularly completed when she was carrying out her daily work.

To achieve the Application of Number and Communication at Level 1, Nirmala was given a range of practice papers and continued to use the WEST resources. As Nirmala is an ESOL learner, extra time was given for her to complete the Level 1 Communication and she chose to do the paper-based test instead of online.  With Nirmala’s commitment and hard work, it was pleasing to inform her she had passed. Nirmala stated that she was ”extremely happy”.

Even during the Covid-19 restrictions when her assessor couldn’t visit the care home, she was able to keep in touch with her via email, so that Nirmala could send her work through for feedback and support, and she continued to progress with her qualification, completing the whole framework.