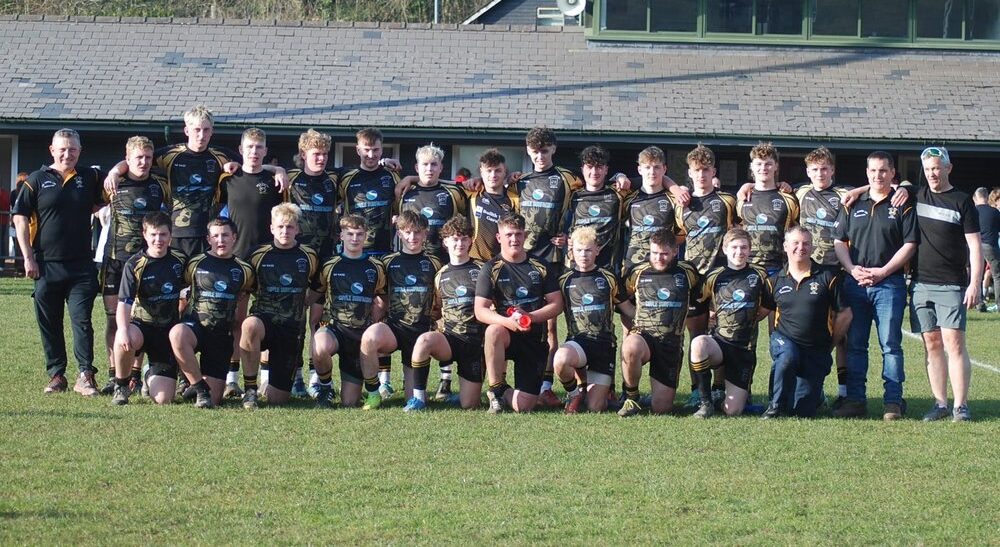 Seven of the players known as the young Bulls of Builth Wells RFC are among the team that has secured their place in the Welsh Youth Cup final, beating Penarth 17- 11 on 26th March at Parc de Pugh, Brecon.

All seven students are from NPTC Group of Colleges Schools of Construction and the Built Environment and Building Engineering Services – four of the student’s study on the Brecon campus, Morgan Price, Daniel Mcgoughlin, Rhys Davies and Captain Ryan Hughes.  Whilst the other three are based on the Newtown site Dylan Jones, Rowan Coyle and Oakley Middleton.

The final is set to take place at the 74,500-capacity Principality Stadium in Cardiff on 23rd April 2022 against Bridgend Ravens.

The Young Bulls were ahead for much of the game at Brecon, but a penalty against Builth with minutes remaining pushed Penarth 11-10 in front. However, with 70 minutes gone the tiring Penarth defence gave way to a break from centre Williams toward the corner to win it – Rhys Davies’ made the conversion, leaving their opponents stunned as they realised their fate.

The capital clash will see the charging Bulls – unbeaten in 17 games in all competitions in 2021/22.

‘We are one big team on and off the field, and because a lot of us are studying different Construction courses at NPTC Brecon & Newtown colleges this has helped with that bond. It’s nice that my brickwork tutor Richard Jones and all the other staff in Brecon Construction dept are excited about the Cup and their encouragement means a lot to us!!” said Captain, Ryan Hughes.

Back at College Oakley Middleton shared his excitement saying: ‘I’m so proud of all the team and to get this far is fantastic, I’ve been buzzing since the game and am now really looking forward to the final on the 23rd of April. My tutor Steve Palmer and all the lads on my plumbing course have all been following our progress which also gives me a boost.’