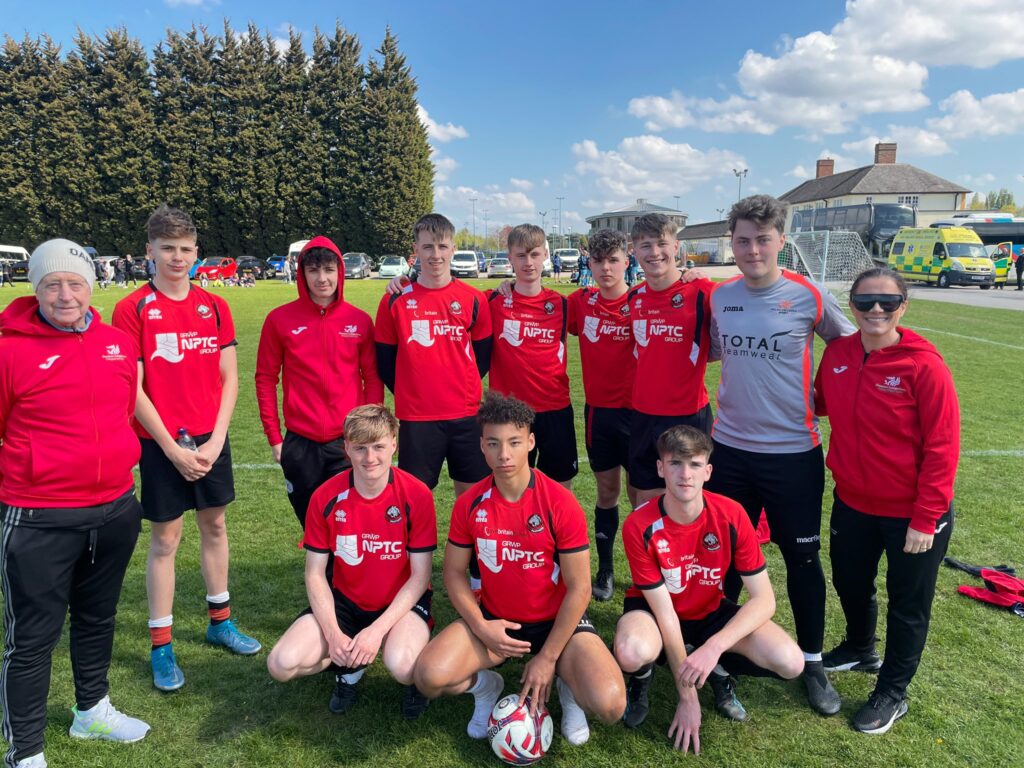 The team qualified for the tournament by winning the regional competition in Wales which meant they represented Wales in the British competition. The team played eight games over two days winning four, losing three and drawing one. The team beat the eventual tournament winners Yeovil College 3-1 earlier in the tournament and were very proud of their performances across the weekend’s games.

Sport lecturer Lindsay Piper said: “The tournament was intense with each game being won or lost by small margins. The competition was tough, and the boys did a fantastic job representing the college and Wales”.

Llandarcy Academy of Sport students Tyrone Cadeau and Roan Piper were a key part of the team’s success at the tournament. The two were also part of the history-making Welsh school’s U18 team who won the 2022 centenary shield. The tournament was contested by England, Scotland, the Republic of Ireland, Northern Ireland and Wales, with Wales finishing top of the table for the first time in 41 years.

Both Tyrone and Roan played vital roles in the team’s success over the past two months with Wales recording three wins and one loss over their four games. Wales secured the championship with a 2-0 win over the Republic of Ireland in Caernarfon at the end of April, with Roan scoring the second goal. Both Roan and Tyrone will travel to Italy later this week to represent Wales.

Congratulations to everyone involved in these great achievements. Da iawn fechgyn!