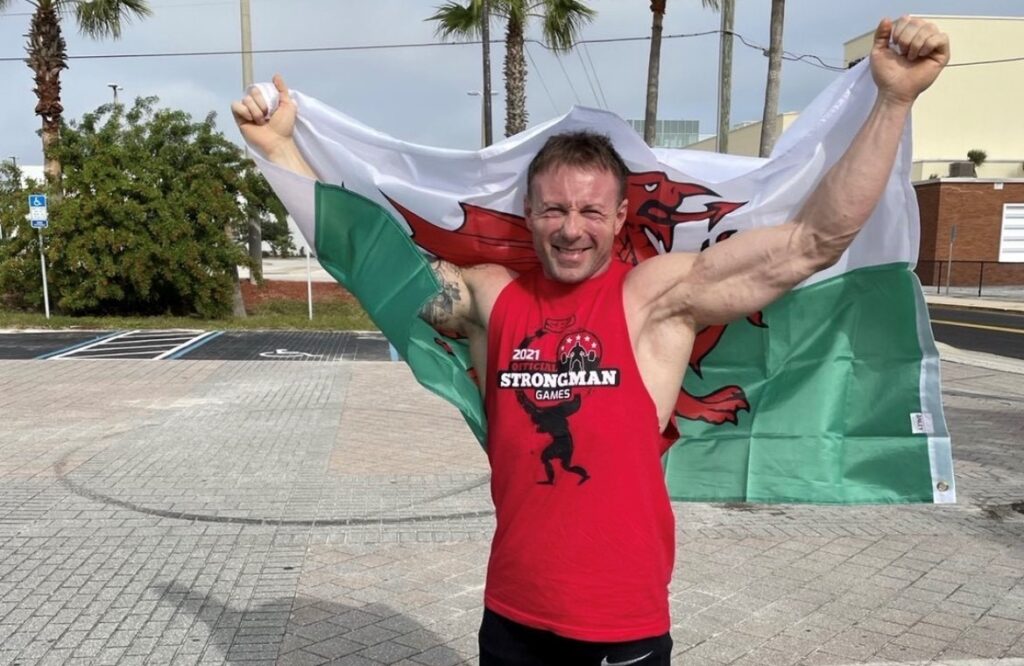 Internationally acclaimed Powerlifter Chris Jenkins recently joined the team at Maesteg Construction Centre of Excellence (part of NPTC Group of Colleges) and is already making a big impact with the students. Chris works as a Construction Workshop Technician at the centre, preparing all the equipment and tools ready for teaching.

Chris is a highly regarded Powerlifter and Strongman who has competed all over the world at the highest level. He has taken part in competitions ranging from Dallas and Las Vegas to Pontypridd and Port Talbot. Chris competed in his first competition in 1999, aged 17, and holds the junior world record for the deadlift with 331kg at 90kg bodyweight.

In 2001, he won his first Powerlifting junior world title in Dallas, Texas before winning it again in 2003 and has since gone on to win four world titles at senior level.

In 2011 Chris won his first Mr Olympia Pro Invitational contest in Las Vegas, according to Chris this is the highlight of his career so far. Mr Olympia is a prestigious fitness weekend in Las Vegas where competitors take part in several different sports such as martial arts, powerlifting, and the Olympia Pro Invitational, where the best three powerlifters from each country are selected to compete for the title of Mr Olympia.

Chris is now coached Olympian Natasha Perdue whose father Terry Perdue competed against the famous Soviet Weightlifting legend and Olympic champion Vasily Alekseyev. He is competing in Wales’s Strongest Man in Clydach next month where he is hoping to qualify for the World’s Strongest Man competition, which is held in Daytona Beach Florida. 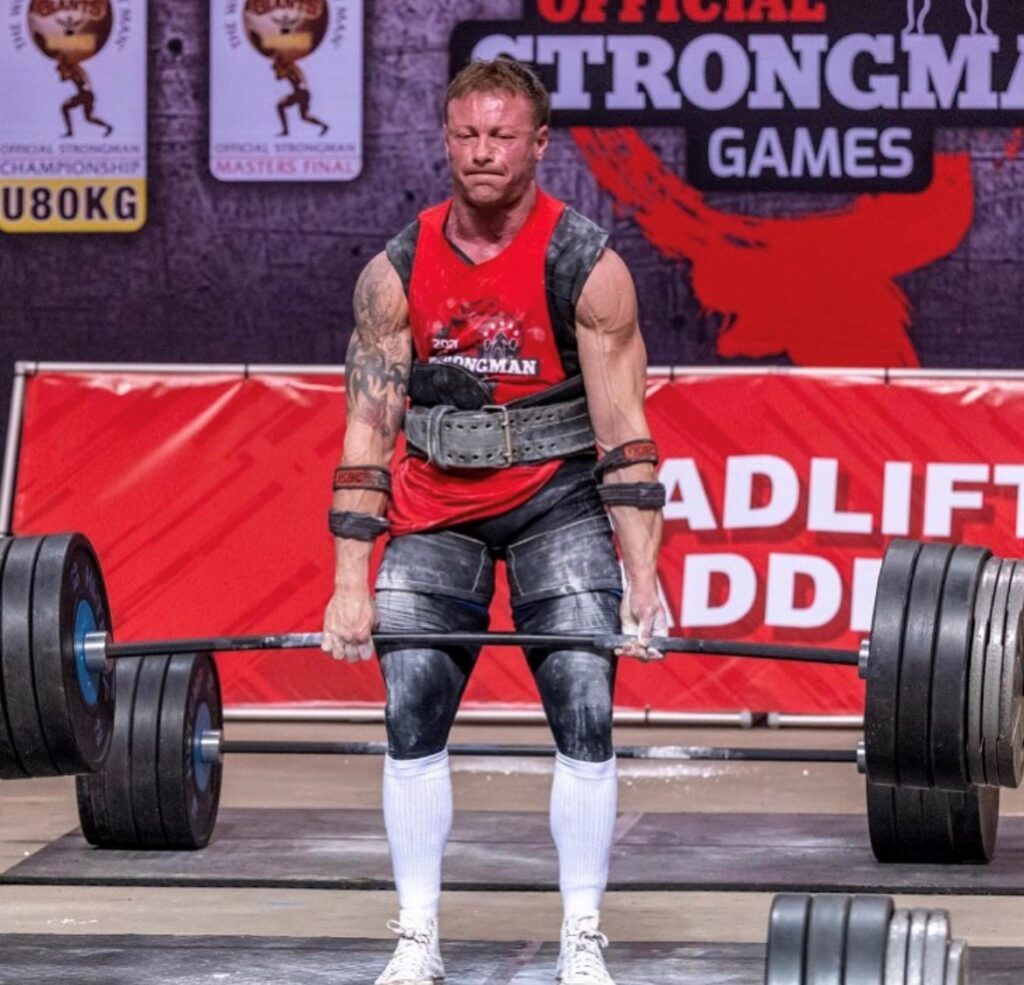 Chris had several jobs before joining NPTC Group of Colleges, including working in social media, owning a gym, and working with the Ambulance Service, but he told us that he had always wanted to work in education.

His career in sport has meant that Chris has learnt how to use his soft skills well and feels this is helping him in his current role. Having interacted with all kinds of different people around the world, Chris is now using these skills to help the students. He is also teaching the students how to be disciplined, punctual and respectful, he hopes that he can use his experience to help the students develop these characteristics to help them in the future careers.

Since the students found out about Chris’s story and his sporting achievements, he feels that they have developed a high level of respect for him, allowing him to build a rapport with them. He finds that the students ask him loads of questions about the gym, weightlifting and competing at a high level.

Chris is an avid reader and has found that reading before training helps him have better sessions because he has woken up the cognitive part of his brain. Because of this, Chris is encouraging the students to read more and find something they enjoy reading because it will benefit them academically and in other aspects of life, helping to develop a multitude of skills.

Chris is enjoying working at Maesteg Construction Centre of Excellence:

“Working at the Centre is great, since I started, Centre Manager Jamie Piper has been amazing, helping me get settled in and has gone above and beyond to ensure I have everything I need so I can do my job effectively”.

“The Centre is ideal for me; there are lots of moving parts and always a lot going on, and it’s an extremely positive environment in which to learn. It is the perfect place to allow local people to learn new skills and help them find work in an industry that is always in high demand”.

“It’s great for the local area to have a centre like this, it means that young people can receive an education locally instead of having to travel long distances each day and I’m happy that I can play a part in their education”.

If you would like to learn more about Maesteg Construction Centre of Excellence and the courses offered, click on the button below.

To find out more about construction courses at any of our other sites, click on the button below.