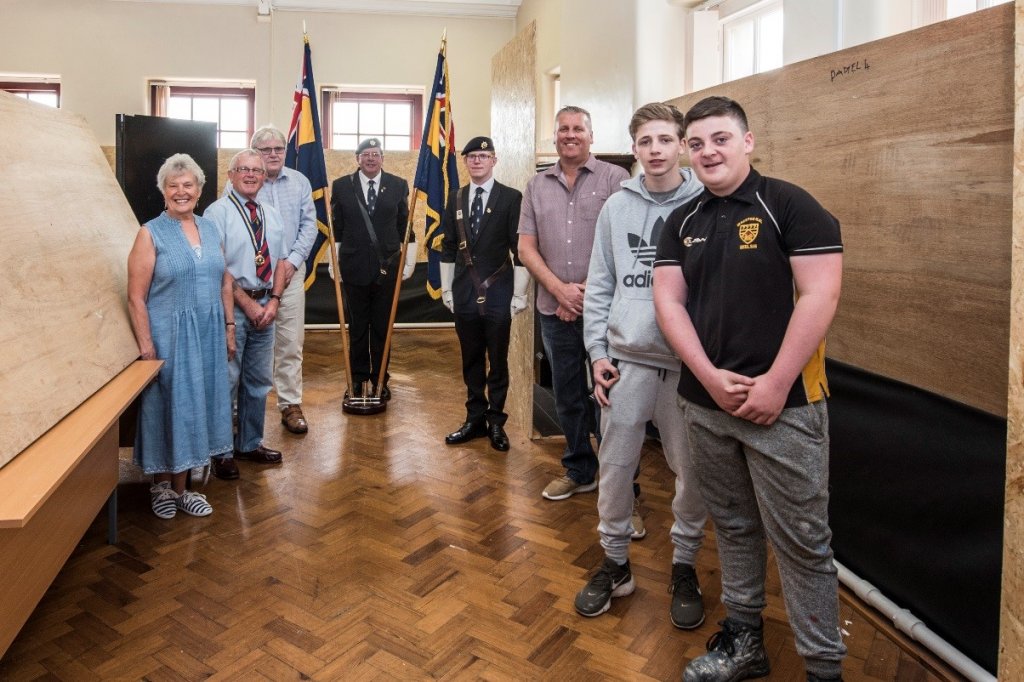 Students from NPTC Group of Colleges’ Construction Skills Centre studying Level 1 Diploma in Plastering have been offering their skill set to help their local community and the Royal British Legion in the upcoming preparation to mark the 100-year celebration of Armistice.

The 1918 exhibition will be held in Maesteg Council Offices to commemorate those who lost their lives in the war including the 114 people from the Maesteg community.

The following companies are all partaking in the project, donating materials and their labour towards the 1918 exhibition: NPTC Group of Colleges, LBS Builders Merchants & Travis Perkins Builders.

The students commented: “It’s been a great experience to help with a community project and learn about the stories of the soldiers from Maesteg during WW 1. We’ll be continuing to help with this project and look forward to showcasing the completed boards.”

The Royal British Legion in the Vale of Glamorgan County was first established in 1921 and has 18 branches in the district of south-east Wales. The chairman of their Maesteg branch, Stuart Bevan, commented:

“We are very thankful to all those involved and the donations of materials from timber to recycled doors. The students have been invaluable and it’s been great to see them using professional industry skills to partake in a piece of history.”

The exhibition will be taking place in the Council Offices in Maesteg in October with a commemorative display to mark 100 years since the First World War came to an end with an armistice declared on the 11th November.

If you are interested in learning more about a construction career at NPTC Group of Colleges, please contact us on 01639 648000 or click here for more information on the courses offered at our School of Construction and Built Environment.