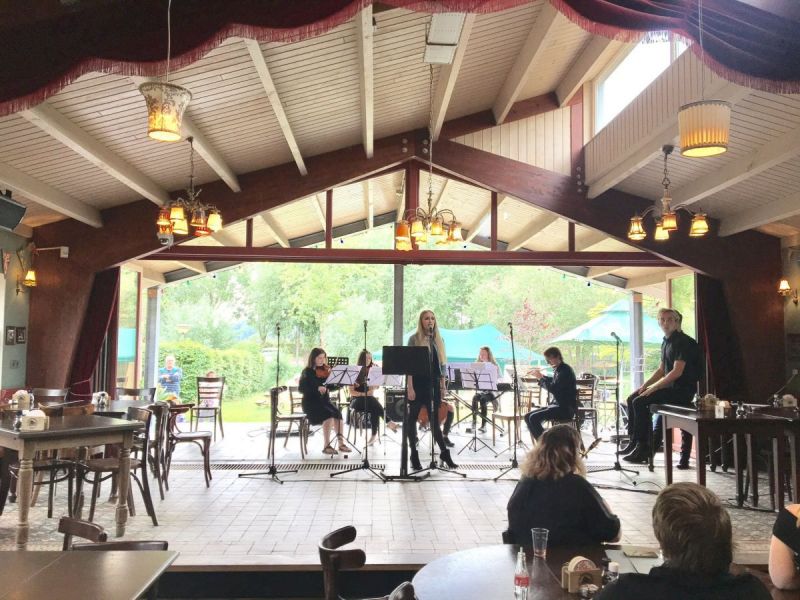 Students from NPTC Group of Colleges’ Music Academy have been wowing audiences at the National Festival of Music for Youth in Birmingham. The five-day festival showcases live music from the UK’s top brass, classical, folk, choral and contemporary young musicians. Five ensembles from Neath College performed at world-class venues and locations across the city.

The College’s Brass and Percussion Ensemble performed at the Royal Birmingham Conservatoire, the BTEC Year Two Band, Funk Band and Vocal Ensemble all played at the Festival Fringe, and the Jazz Combo Band wowed music mentors at the Town Hall.

Vicky Burroughs, Head of School of Creative, Visual and Performing Arts, is proud of what the students achieved. She said, “The students had an amazing time, and each received positive and encouraging feedback from the judges. Considering there were around 8,000 young musicians at the Festival, this is an incredible achievement of which the students involved should be very proud. These comments also highlight the hard work and dedication of the staff at the Music Academy who consistently produce such high-quality musicians .”

The Music Academy provides all students with the opportunity to participate in a range of extracurricular activities and to perform at local and national levels. In recent years, students have also performed across Europe in Barcelona, Austria, Disneyland Paris, Berlin and Amsterdam.

The ensemble’s next performances will be in September at the Heart of the Valleys Show in Pontardawe, which will kickstart another exciting year at the Music Academy.