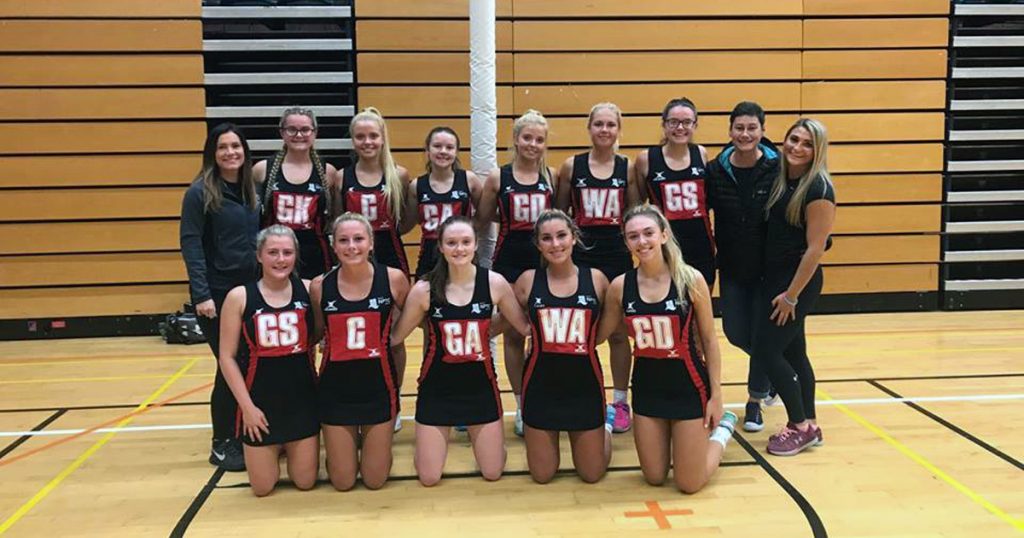 NPTC Group of College’s netball team are off to the British Championships after beating off the competition from colleges across Wales.

It was a busy day in Cardiff last week for all the sports students who were representing NPTC Group of Colleges as they competed in the Welsh Colleges Regional Competition at the Welsh Institute of Sport Cardiff, and across South Wales. The tournament featured six different sports on nine pitches/courts and saw 41 teams in competition!

First up were the College’s highly rated netball team who flew through each round of competition, earning a semi-final against Coleg Sir Gar. In a tense match, the team prevailed and set up a final against Coleg Cambria in which they were victorious! This victory means they have now qualified for the British Colleges Competition held in Nottingham next April.

Foundation students took part in the ‘Ability Counts’ football tournament at Cardiff’s House of Sport.  They completed in a number of matches throughout the days and finished as runners-up in the championship.

Both the men’s and ladies football teams from across the College were also in action. The ladies team from Llandarcy Academy of Sport reached the semi-final of the competition and were unlucky to lose by a single goal after dominating possession for the majority of the match.

The men’s rugby team travelled to Llandovery for the rugby 7s competition. They played well in the group stages but came unstuck against a strong Coleg Gwent side who went on to be crowned champions.

Llandarcy Academy of Sport played host to the women’s rugby 7s tournament, which saw teams competing from across Wales. The College fielded a young team, some of whom were playing in their very first tournament, and they did exceptionally well to reach the semi-final!