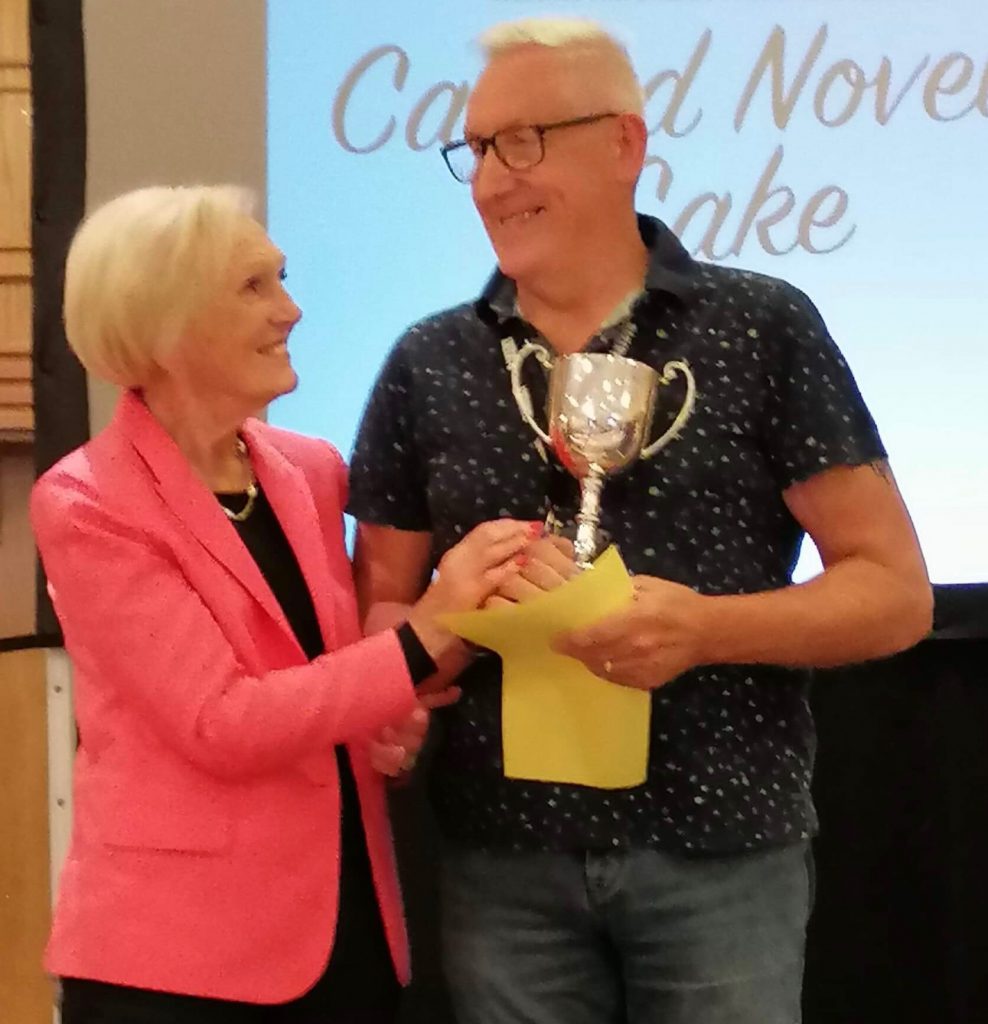 There was sweet success for students and staff at NPTC Group of Colleges as they picked up top awards at this year’s Alliance of Bakery Students and Trainees (ABST) Conference.

The Level 2 and Level 3 students battled it out against other students from colleges and training providers from across the country at the event which was held in Alton Towers.

Picking up the honours were: Gareth Morgan who won Gold in the Blandy Cup; Dion Tompkins who won Best in Class Battenberg for the Founders Cup; and Cery Riby who had a Highly Commended for a first time exhibitor in the Renshaw Cup.

This year there was special surprise in store as popular celebrity baker Mary Berry also attended as a guest and presented Gareth with his award.

Lecturer Zoe Beechey said: “It was a great event and all the students that entered did a fantastic job and had really good feedback from all the judges.  We look forward to next year’s event now.”