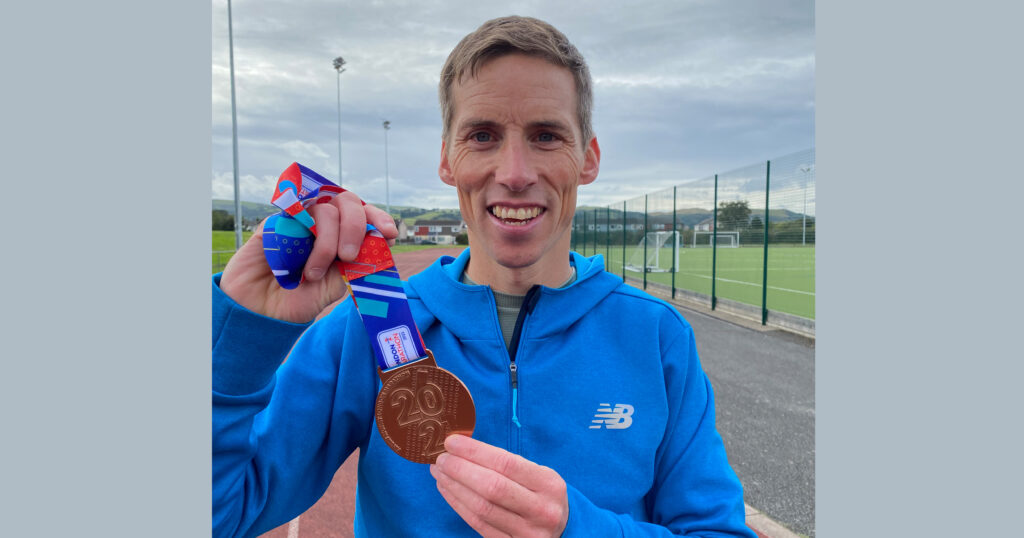 The event, which attracted over 80,000 participants in person and virtually via an app, was won by Ethiopia’s Sisay Lemma in 2:04:01 followed by Kenya’s Vincent Kipchumba. Andrew was the fourth Briton to finish and first in the 40–44-year-old category. He holds the Marathon running over-40 British record with a time of 2:14:36 set at the Valencia Marathon in 2019.

Andrew told us before the race that he felt in great form and hoped to run a personal best. Training in the Welsh hills had been going well for Andrew which he works around his role as a Sports Lecturer.

Andrew says: ‘I teach the students about the importance of setting a schedule and I think when you manage to achieve your goals like this it shows how well a good mindset and training plan can work out.’

Andrew thanked all his supporters and was pleased to see comments of support by Olympian and fellow marathon runner Callum Hawkins of Scotland and runner Ricky Lightfoot.

Head of Sports at NPTC Group of Colleges Barry Roberts also congratulated Andrew on his ‘fantastic achievement and a wonderful role model for our students’.

Also a huge congratulations to Amber Rogers a Science Technician from our Sixth Form Academy for completing the Virtual London Marathon.