Holocaust Memorial Day takes place each year on 27 January and marks the anniversary of the liberation of Auschwitz-Birkenau, the largest Nazi death camp.

The annual remembrance event also marked the 10th anniversary since the Holocaust Memorial Garden was moved to Neath College from Twyn-yr-Hydd House, Margam.

Special guest retired Senior Horticulture Lecturer for NPTC Group of Colleges, Lecturer Bob Priddle, who originally designed the garden, talked about how the garden was created and the meaning behind the garden’s features.

He said: ‘’I knew I had to have railway sleepers as the railways were included in so many Holocaust stories, and I wanted to use chains, but the chains are broken as a symbol of hope.’’

Bob also recited the poem ‘First They Came’, a 1946 post-war confessional prose by the German Lutheran pastor Martin Niemöller. It was actually the same poem Bob read to open the garden a decade ago. 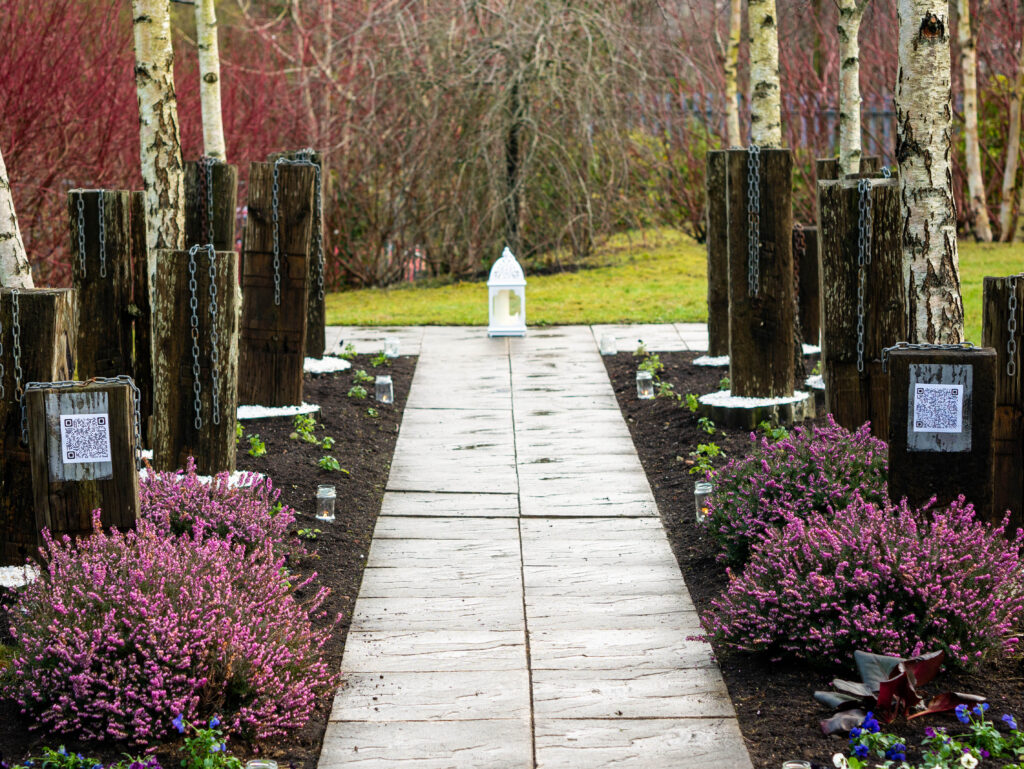 The garden had been restored for the event by staff and students from across all three levels of the Horticulture department, as well as students from Foundation Studies, with new additions of QR codes linking to padlet.com, providing further reading and resources.

NPTC Group of Colleges A-Level student Emily Pearce and current Students Union President also narrated an extract from ‘Cara’s Story’; a female Holocaust survivor who had been subjected to medical experiments whilst imprisoned within a concentration camp.

Helen Morgan a member of the College’s Corporation Board, gave a speech and made the rededication of the garden on behalf of NPTC Group of Colleges. Her final remarks gave a powerful reminder:

‘’Today we stand together for those whose lives were tragically cut short and whose loss provided a stark but powerful legacy for us all.’’

‘’We all have a part to play to ensure that our homes, our College and our communities are truly places of safety, security and strength. To be committed to being more compassionate, understanding and tolerant of each other.’’ 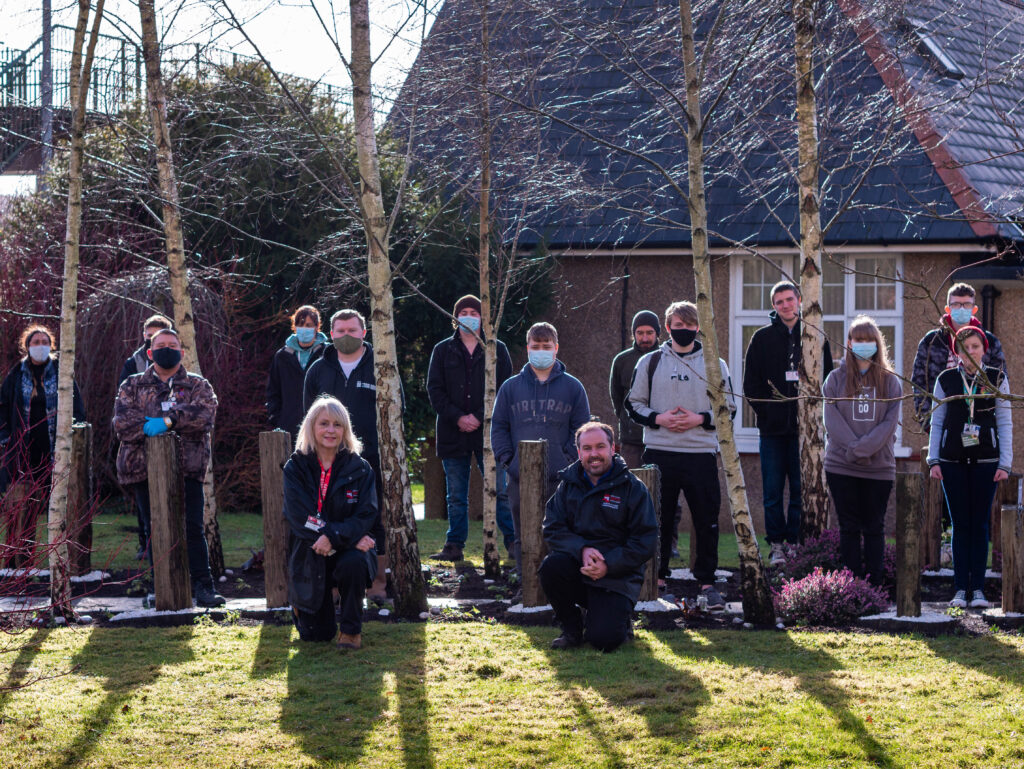 The Holocaust Memorial Day Trust encourages remembrance in a world scarred by genocide. HMD has taken place in the UK since 2001, with a UK Commemorative Ceremony and more than 10,000 local activities taking place all across the UK.

This year guests were encouraged to wear purple in support of the day.